Social media has created its own vocabulary, some of which has crept into broader use. One newish word that's making the transition from online to real life is subtweet.

A subtweet is a standalone response to someone else's tweet that does not mention the other person or their tweet at all. The people who follow both the tweeter and the subtweeter will see the tweets and make the connection, but the original tweeter won't be alerted to the comment. It's a sly—or passive-aggressive, depending on your view—interaction that appears only on Twitter. 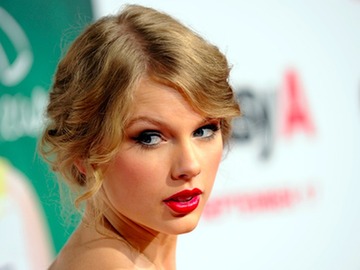 Though it didn't take place on Twitter, Swift's speech was described as a 'subtweet'.

Or does it? At the 2016 Grammy Awards, Taylor Swift indirectly responded to a lyric by Kanye West that claimed he made her famous.

As the first woman to win Album of the Year at the Grammys twice, I want to say to all the young women out there: There are going to be people along the way who will try to undercut your success, or take credit for your accomplishments, or your fame. But if you just focus on the work, and you don't let those people sidetrack you, some day when you get where you’re going, you’ll look around and you will know that it was you and the people who love you who put you there. And that will be the greatest feeling in the world.

Blogs and news sites ate up what Taylor was dishing, and quite a few of them called her subtle jab "a subtweet." It had all the markers of one: a refusal to name the offending party; the allusive response to the offending comment; the satisfaction of getting the public last word.

Our first recorded use of subtweet is on Twitter itself in 2006, though the word has only caught on in the last few years.