Let's get on the same page about this

Samesies is an informal slang term used to mean "me too" or "same here." The term was popularized by the 2007 comedy Superbad.

Are you here because you like words and like to think about how the English language changes? Yes? Samesies!

Which is to say, yes, us too. We also like words and like to think about how the English language changes. And that is, in fact, why we're here.

We're here in this particular article to look at a newcomer to the language: samesies. 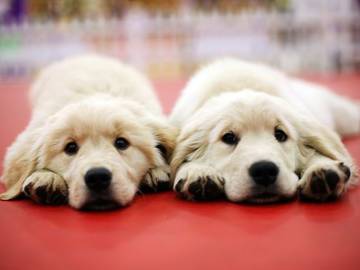 You and me both, brother.

Samesies appears in informal contexts, where it's used to mean "me too," "I as well," or "same here."

Fans of the 2007 comedy Superbad may associate the term with that movie:

Becca: I so flirt with you in math.

Many of the movie's viewers likely encountered samesies for the first time in that scene, and there is no doubt that the movie's use of the word had an impact:

Judd Apatow's "Knocked Up" offered some hilariously observant humor about marriage, and "Superbad" (which Apatow produced) allowed for some genuine longing and sweetness in the midst of its over-the-top profanity and sophomoric sexual humor. (If Michael Cera's inimitable "Samesies!" hasn't become a bona fide catch phrase yet, it should.)
— Ann Hornaday, The Washington Post, 9 Sept. 2007

Even Urban Dictionary, that sprawling depository of even the most fleeting of slang words, had no entry for samesies until September 2007, when an entry for the term was added with several hashtags included, among them #superbad.

Samesies, however, predates Superbad. The earliest example we've seen at this point in our preliminary research is from 20-odd years earlier:

The current production, which opened Friday night, features Charlene Brandolini (in excellent voice, by the way) as Opia, the devious witch who wants everything to “stay the samesies,” and Simon Webb at the Doorman who keeps popping up with magic doors, offering the quartet of searchers yet another choice, as well as a variety of characters including the librarian and the professor.
— Renee Doruyter, The Province (Vancouver, British Columbia), 4 Dec. 1983

Like the publication in which that example appears, the writers of the Superbad screenplay, Seth Rogen and Evan Goldberg, are also from Vancouver. They were both about 1.5 years old when Ms. Doruyter's article was published. Did Rogen and Goldberg encounter the word samesies in their Vancouver youths? The word was largely absent from published, edited text before Superbad, but maybe it was peppered in the Vancouver dialect for years before then. We do not know: neither Mr. Rogen nor Mr. Goldberg replied to our (in fact, abandoned) requests for comment. Lucky for us, though, samesies is here now, and we're grateful to them for bringing it to wider attention. (It's still too rare in print for dictionary entry, but we're monitoring its development.)

In the meanwhile, do you suspect that Canadians are hiding more fun and interesting lexical innovations? You do? Samesies.