There exist on the vast Internet lists of obscure and wonderful words, and, despite a bald-faced love of the obscure and wonderful, we do not include entries for all of them. One such word is petrichor, a lovely term that refers to the odor released into the air when rain falls on dry soil or rock. 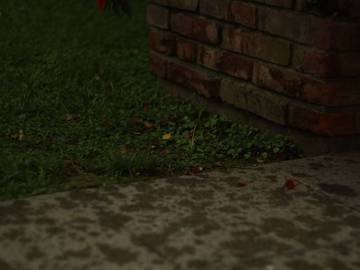 We have many terms that describe odors, but words that actually refer to a specific scent are relatively rare.

When those first fat drops of summer rain fall to the hot, dry ground, have you ever noticed a distinctive odor? … Of course rain itself has no scent. But moments before a rain event, an “earthy” smell known as petrichor does permeate the air. People call it musky, fresh—generally pleasant.
— Tim Logan, Popular Science, 30 Aug. 2018

These examples are typical: the text is about petrichor, both the word and the odor it names.

In early 2015, MIT released a video showing how the mechanism by which petrichor is released works. The video inspired a batch of articles about petrichor, inspiring more writing about the word and phenomenon:

Petrichor: It's a great word and an even better smell—the one that hangs in the air after a rain storm. By filming raindrops in super-slow-motion, MIT researchers think they've figured out how this smell works.
— Rachel Feltman, The Washington Post, 16 Jan. 2015

What we're still not seeing is evidence of petrichor just out there in the world doing its job without being remarked upon—which tells us that it's not yet really an established member of the language.

So why not? Why isn't petrichor appearing, un-remarked upon, in contexts about nature or hiking or rock climbing? Its referent is familiar and pleasant; it's a great word for throwing into some essay on that long-distance hike you did last summer.

We don't always know why some words catch on and others don't. It's interesting to note in this case, though, that terms that refer to particular odors are not common in English.

Oh, we have terms that describe particular odors—for instance, grassy, lemony, smoky—and we have terms that describe odors generally—malodorous, fetid, ambrosial—but terms that actually refer to an odor are pretty rare. Musk might be the most common, but in its reference to an odor, it ultimately points to the deer-derived substance musk, which is used as a perfume fixative. Perhaps a term more analogous to petrichor is the very obscure empyreuma, which is defined as "the peculiar odor of the products of organic substances burned in closed vessels." The fact is that English speakers seem to prefer to use phrases to refer to scents: "the smell of the ocean"; "the scent of roses"; "the earthy perfume of long-awaited rain sinking into dry earth."

Perhaps it's for this reason that no one should be surprised that petrichor comes not from the heady language of the poets, but from the practical world of science. It was coined by Australian scientists Isabel (Joy) Bear and Richard Thomas. Its first known print appearance is in Bear and Thomas's article "Nature of Argillaceous Odour," published in the March 7, 1964 issue of the journal Nature (and residing now firmly behind a paywall). In Howard Poynton's discussion of the article in The Conversation, the author describes how Bear and Thomas discovered a yellowish oil that was trapped in rocks and soil exposed to warm, dry conditions, and that when released was responsible for the smell; Poynton quotes from their article: "The diverse nature of the host materials has led us to propose the name 'petrichor' for this apparently unique odour which can be regarded as an 'ichor' or 'tenuous essence' derived from rock or stone."* Poynton reports that Bear and Thomas also use the word petrichor to refer to the oil itself.

We of course enter many words that are mostly restricted in use to scientific contexts, and petrichor has a good chance of joining that league. But petrichor scientists (petrichorologists?) aren't publishing much, so it'll take some time. The general public—which is clearly charmed by the word—could do a lot to help its cause. We'll be watching.

*A query to our etymologist about the roots of this word provided us with the following, which was too interesting to keep to ourselves:

"The word pétra means "rock, stone" in Greek. The word íchōr is defined by Liddell and Scott as "the watery part of animal juices"; it is applied by Greek medical writers to blood serum, gall, or serous discharge of a wound, more generally by others to whey or the juice of underdone meat. Aeschylus appears to use it to mean simply "blood." In a well-known passage in the Iliad (5.339-42), the goddess Aphrodite is wounded in the wrist by the Greek warrior Diomedes, and "the immortal blood of the goddess flows." The poem then goes on to explain that this substance is "íchōr, such as flows in the blessed gods. For they do not eat grain, or drink sparkling wine—that is why they are bloodless and are called undying." Based on these lines, "ichor" has become a staple of Greek mythology, though some later commentators believe they are an interpolation in the Homeric text based on post-Homeric religious and philosophical concepts. In any event, “ethereal fluid taking the place of blood in the veins of the ancient Greek gods” as the Merriam-Webster online dictionary defines it, is now an accepted meaning of ichor in English."