The word is widely used, but not everyone is on board

If you've recently started a new job, you may be in the midst of something called "onboarding." It's the process by which a new employee learns the ropes and gets settled. 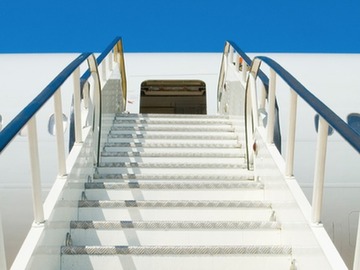 Though research dates the noun 'onboarding' to the early 1990s, it really didn't get much use until the early part of this century.

What exactly that entails varies, but when onboarding is complete the employee typically understands the job and how to do it, and gets the company culture too.

The extent to which organizations make new hires feel welcomed and prepared for their new jobs, the faster they will be able to be productive and contribute to the organization's mission. In addition, good onboarding leads to higher employee engagement and greater retention rates. — Joyce E. A. Russell, The Washington Post, 11 Aug. 2014

In the old days, the word orientation did this job just fine. But today we don't just want new employees to get their bearings and be able to find their way around the building (ideas implied in the literal meanings of orient), but to be on board—to be ready and able to move onward with the company wherever it may be headed. If orientation means "the process of giving people training and information about a new job or situation," the word onboarding summons up images of a more structured approach—like the highly structured and ritualized process of boarding an airplane.

Preliminary research dates the noun onboarding to the early 1990s, but it really didn't get much use until the early part of this century, and it's still not familiar to those outside the corporate world. Its verbal counterpart, onboard, is also used, but not as frequently. Some people complain about the term onboarding, which they consider an unfortunate example of annoying business-speak. Perhaps it's not surprising that onboarding can be unpopular: after all, many people dislike boarding airplanes as well.

Onboarding has developed additional meanings over the past 20 years. It's not only employees who get onboarded; companies want to onboard their clients and customers too—to get them fully fluent in their products and services, so that they can get the most out of them.

In a nutshell, customer onboarding is about introducing new customers to your business by showing them the services available and ensuring their experience is as simple and streamlined as possible. — Aaron Agius, Entrepreneur, 4 Feb. 2016

And the word is also used to refer to the process of getting analog data into digital form (and online):

Customer data is only as good as the insights drawn from it. While many retailers are coming to terms with the need for data onboarding and management, there is still a massive chasm between collecting data and using it to the fullest advantage. — Larisa Bedgood, Business 2 Community, 14 Oct. 2015

Which means that even if you haven't been onboarded before, your information probably has been.