You might've seen this one before

When you're out and about on the Internet, you sometimes see the same thing in multiple places. There's the funny picture of that angry baby again, or the inspirational quote set against the shot of a rocky peak emerging from the clouds, or that plain-text indignant screed about that thing that apparently made several of your Facebook friends identically indignant. That stuff—all that stuff that's been copied over and over—that stuff has a special name: copypasta. 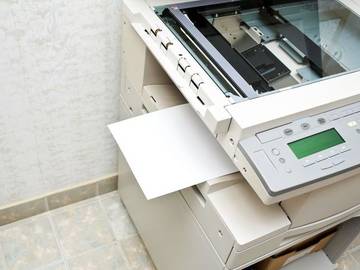 Not to be confused with its spooky counterpart 'creepypasta.'

Copypasta wears its origin like a smirk with a guffaw about to bust loose: it's a play on the term for that old word processing standby, copy and paste. Copypasta is text, images, a captioned meme, or anything, really, that has been copied and inserted—or "pasted"—into a new location. That paste is one letter off from a culinary staple is comedic lexical good fortune.

If we want to get all technical about the word (and of course we do), it's both a count noun and a mass noun. As a count noun—that is, a noun that has a plural form and is used with a or an—it can be used in a sentence like "That tweet was just a copypasta." As a mass noun—that is, a noun that gets used with some instead of a or an—it's used in sentences like "That person is always posting copypasta."

Copypasta isn't a common term in published, edited text, but since around 2010 it has been making inroads there. Here are some examples of the word in action:

Although bros do actually exist, the bro has always been parodic. The bro's comedic core makes it especially vulnerable to irony and, eventually, charges of hypocrisy. Perhaps most illustrative of this point is the seminal bro meme, 4Chan's ASCII "brofist," a copypasta in the shape of a fist that originated in 2006 to depict two guys fistbumping through the computer screen.
— Johannah King-Slutzky, TheAwl.com, 20 Feb 2015

With this new platform, maybe you'll be able to have some intelligent discussion, instead of your comments getting swallowed up by the usual emoji spam and "copypasta."
— Matt Porter, Vice.com, 17 Dec. 2014

The widespread availability of code on the Internet makes it easy for computer science students to find solutions to common assignments. Computer science professors retaliate by devising increasingly sophisticated automated systems to detect instances of code plagiarism. [The New York Times Bay Area Blog] cites a recent incident where a Stanford student was suspended and resigned from his position as student body vice president after he was caught doing the copypasta routine.
— Ryan Paul, ArsTechnica, 12 Feb. 2015

Our preliminary research has yet to find the genesis of the term, but we do know that copypasta found its way to Urban Dictionary and a few Usenet newsgroups first in 2006. The term still exists below most people's radar, but it had a boost a few years ago when it was mentioned in articles about another similar word that was in fact derived from copypasta, creepypasta:

Creepypasta … is copypasta's evil mirror, the spookier version of terrifying tales that end on the creepiest note possible—their horror often enhanced by their brevity, their journal-style format, or their casual, "here's a creepy thing that happened to me once" narrative style. Though many creepypasta are no more than a paragraph or two long, often the stories will span many updates and branch off into varying multimedia formats.
— Aja Romano, The Daily Dot (dailydot.com), 11 Dec. 2015

We've also encountered copypasta in use as a verb (it's used to mean "copy and paste") but it's pretty rare—so rare, in fact, that we don't know what the verb's inflections are: I copypastaed? I'm copypasta'ing? We'll be watching to see how that develops. For now, the noun is the form of the word we're most often encountering (and we're not encountering it all that often).

Copypasta is at its heart a chucklesome term, which its core users clearly understand. Urban Dictionary provides a case in point. On that site, users submit entries and entries get voted on. The entry that gets the most thumbs-up votes is the first entry shown for that term. As of this writing, the second entry for copypasta (the one that's received the second most votes of approval) is one of the earliest entries for the term on the site, from December 2006; it was submitted by one Burt Roges. The top entry, the one with the most votes of all, is from April 29, 2010 and was submitted by one Trub Segor. Because Urban Dictionary is sometimes a host to brilliance, that submission is a copypasta of the second entry. Mr. Roges aka Mr. Segor, our hat is off to you and all those who got your joke.