There's more than one way to see it.

Here's a puzzle for you: what do you get when you take the ambi- of ambidextrous and ambiguous and add it to the -gram of anagram and monogram?

The word's meaning is hinted at in its elements. The prefix ambi-, means "both"; the noun combining form -gram means "drawing, writing, record." Ambigram is, in terms of its etymology, something drawn that is meant to be seen both in a primary position and in a secondary one. 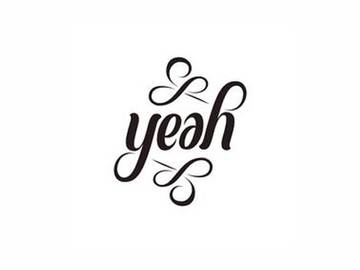 We'll wait while you flip your computer upside down.

The most common use of ambigram is to refer to an image of a word that is unchanged by being inverted, turned, or reversed:

The sign is an 'ambigram,' designed by Frank Gregory of Greenfield. It reads the same way right side up or upside down.
— Josh Heinemann, The Montague Reporter, 8 Sept. 2005

...the ingenious monograms and ciphers artists and designers have created since ancient times, as well as the more recent work of Scott Kim, John Langdon, and others who attempt to construct designs of words ("ambigrams," as Langdon calls them) that will read the same when reversed, turned or otherwise inverted.
— Richard A. Firmage, The Alphabet Abecedarium, 1993

But sometimes ambigram is used for an image of a word that shows a different word when it is inverted, turned, or reversed:

Ambigram tattoos are word designs that can be read as two different names, words or phrases depending on the direction from which they are viewed.… One common theme for spring break partiers is to create an ambigram tattoo that expresses multiple sides of their personality, like an ANGEL/DEVIL ambigram.
— PRWeb Newswire, 30 Mar. 2013

And sometimes ambigram leans heavily on the "drawing" meaning of -gram to refer to an artistic composition that features one image in a primary position and an entirely other image in an inverted position:

This is [Beth Gully's] second upside-down children's book which opens eyes and minds to discover this unique and awe-inspiring artform called an ambigram.… [Ambigrams] are upside-down images with two different messages. Through images, children will watch the Easter book unfold to show the activities with the Easter Bunny. Then, the ending becomes the beginning when the second story tells the message of Jesus and His resurrection.
— Stephen Wilder, The Cincinnati (Ohio) Enquirer, 15 Dec. 2018

The word's coinage has been attributed to scientist and philosopher Douglas Hofstadter, in 1984, but our preliminary research has not yet confirmed that assertion. The word appears in the title of the 1992 book Wordplay: Ambigrams and Reflections on the Art of Ambigrams, by John Langdon, which suggests the word dates at least as far back as the first years of the 1990s.

Both elements of ambigram have plenty of use in the English lexicon, but there are a few -gram terms especially worth mentioning here because of their close semantic kinship. Monogram is the most common. As a noun it refers to that famous adorner of towels and overnight bags: a sign of identity formed typically from the initials of a name; the verb means "to mark with a monogram." Calligram is defined as "a design in which the letters of a word (such as a name) are rearranged so as to form a decorative pattern or figure (as for a seal)." A modern calligram might be an image of a book that is made up of words that relate to books somehow, such as paper, pages, spine, and lettering.