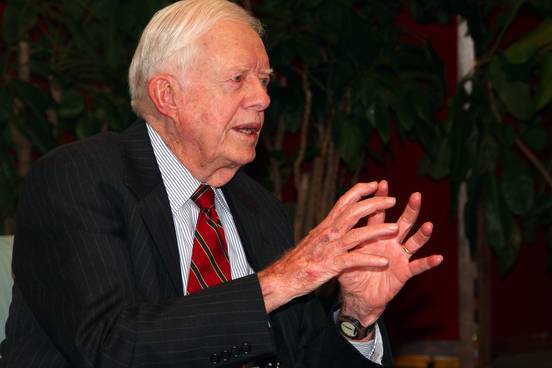 Malaise, derived from Old French words for "poor" (mal) and "comfort" (aise), can mean "an indefinite feeling of debility or lack of health often indicative of or accompanying the onset of an illness" or "a vague sense of mental or moral ill-being."

The word is ascribed to a July 1979 speech made by Jimmy Carter, ostensibly about the energy crisis and economic turmoil plaguing the United States. In that speech, Carter spoke of a "crisis of confidence … a crisis that strikes at the very heart and soul and spirit of our national will." Although Carter never used the word malaise in the speech, he did use it with reporters when referring to the speech a few days later, and the label stuck. 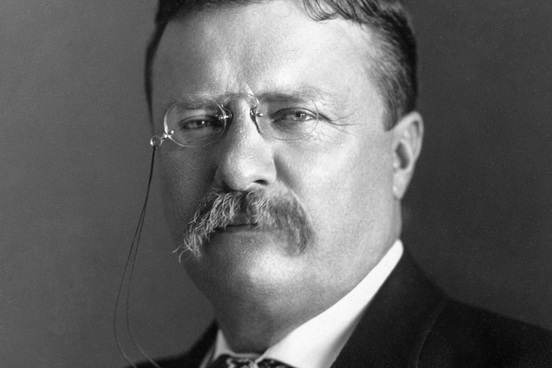 Lunatic fringe is defined as "the members of a usually political or social movement espousing extreme, eccentric, or fanatical views."

Theodore Roosevelt was among the first to have used the term in 1913, shortly after his failed third-party run on the Bull Moose ticket. And while we often see the term now directed toward outlandish political movements, Roosevelt's subject was the art world. Writing about an international modern art exhibition in New York, Roosevelt was less than impressed with some of the more avant-garde works on display:

It is vitally necessary to move forward and to shake off the dead hand, often the fossilized dead hand, of the reactionaries; and yet we have to face the fact that there is apt to be a lunatic fringe among the votaries of any forward movement. In this recent art exhibition the lunatic fringe was fully in evidence, especially in the rooms devoted to the Cubists and the Futurists, or Near-Impressionists.
Theodore Roosevelt, History as Literature, 1913 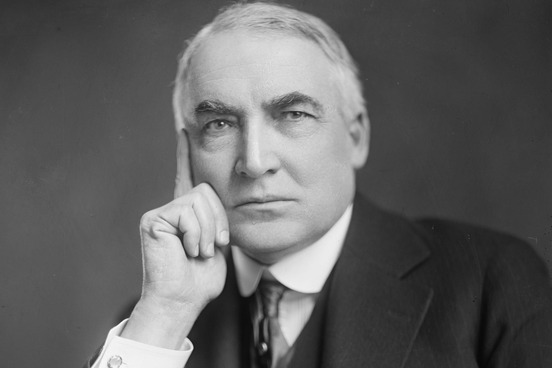 Bloviate means "to speak or write verbosely or windily," and while that might not sound like the kind of thing a president would boast about, it happened to be a favorite word of Warren G. Harding, who used it to mean "to spend time idly."

Harding didn't coin bloviate; the Ohio native likely picked it up during his youth. But because he was a bit of a long-winded speaker himself, the word developed a new connotation after it was picked up by commentators such as H. L. Mencken. 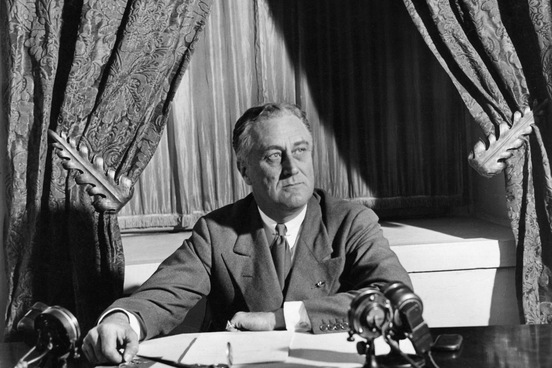 Despite its colloquial nature, the adjective iffy was a go-to word for Franklin D. Roosevelt, who is among the first to be quoted using it. Roosevelt used the versatile iffy to describe the hypothetical situations occasionally posed by journalists (those beginning with if) which he often dismissed as irrelevant.

Since then the word has shifted in meaning from describing hypothetical scenarios to something closer to "doubtful," as in "an iffy proposition." 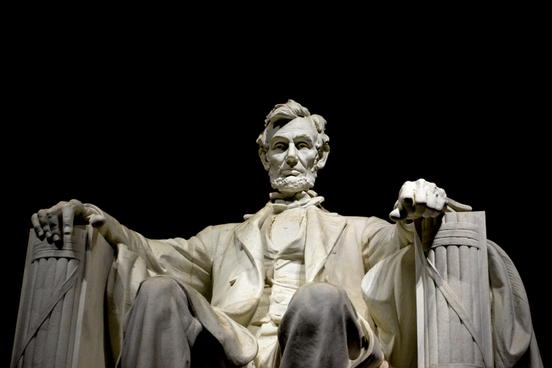 The original sense of sugarcoat comes from the practice of frosting bitter pills in sugar to make them easier to swallow.

Abraham Lincoln caught notice when he used the verb in its figurative sense—"to make superficially attractive or palatable"—in an 1861 message to Congress. Attacking secessionists who claimed that the right to secede was outlined in the Constitution, Lincoln wrote:

With rebellion thus sugar-coated, they have been drugging the public mind of their section for more than thirty years; and, until at length, they have brought many good men to a willingness to take up arms against the government the day after some assemblage of men have enacted the farcical pretence of taking their State out of the Union, who could have been brought to no such thing the day before.

Lincoln's choice of word shocked the public printer, John Defrees, who was aghast to hear such cavalier vocabulary used in an official memorandum. When Defrees objected, Lincoln purportedly replied, "John, that term expresses precisely my idea, and I am not going to change it. 'Sugar coated' must stand!" 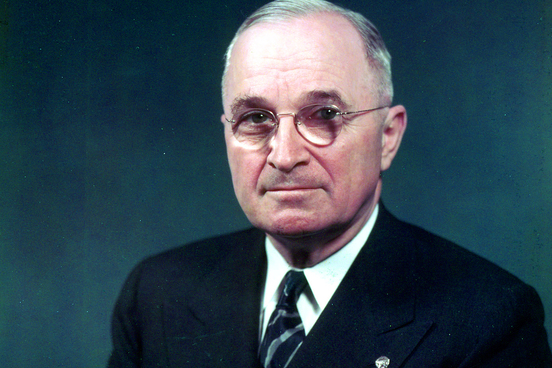 When used to mean "responsibility," the noun buck turns up in the phrases pass the buck and the buck stops here. The latter of these was notably emblazoned on a paperweight situated prominently on the desk of Harry S. Truman.

The phrase pass the buck originates from poker, with buck short for buckhorn knife (a knife with a handle made from buckhorn). That object was once used as a marker designating which player's turn it was to deal. If a player didn't want the responsibility of dealing the cards, he or she could pass the buck to the next player.

The message on Truman's paperweight was simple: the responsibility for the country's direction is at the hands of the president and cannot be passed to anyone else. 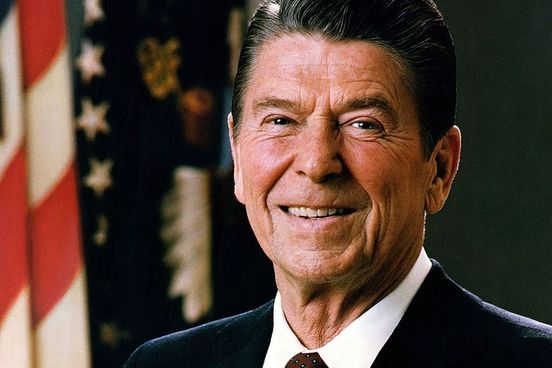 Rendezvous (from a Medieval French command meaning "present yourselves") means "a meeting at an appointed place and time" or a place appointed for such a meeting.

A decade and a half before becoming president, Ronald Reagan used the word in a speech during the 1964 presidential campaign of Barry Goldwater:

You and I have a rendezvous with destiny.

We'll preserve for our children this, the last best hope of man on earth, or we'll sentence them to take the last step into a thousand years of darkness.

The speech is credited with launching the political career of Reagan, who was elected governor of California two years later.

"Rendezvous with destiny" was also used by Franklin D. Roosevelt speaking at the 1936 Democratic Convention: 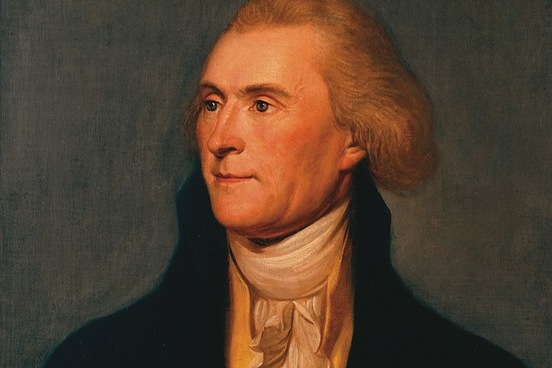 Usufruct, from the Latin usus et fructus ("use and enjoyment") refers to the legal right of using and enjoying the fruits or profits of something belonging to another, or more generally, the right to use or enjoy something.

In a 1789 letter to James Madison, Thomas Jefferson wrote:

I set out on this ground which I suppose to be self evident, "that the earth belongs in usufruct to the living;" that the dead have neither powers nor rights over it. The portion occupied by an individual ceases to be his when himself ceases to be, and reverts to the society.

Jefferson was not talking simply about harvests, but the demand for future generations to be able to grow and develop themselves freely without being bound to the debts of their predecessors.