The Wayward Cousins of 'Irregardless'

Do you find these words ir-ritating?

Dictionaries, and the people who make them, depend not on the kindness of strangers, but rather on their continued interest in language. Because of this, we applaud a passion for words in all the ways this may manifest itself. That being said, even the doughtiest lexicographer feels a frisson of boredom when receiving yet another whinge about how irregardless is not, or shouldn’t be, a word. 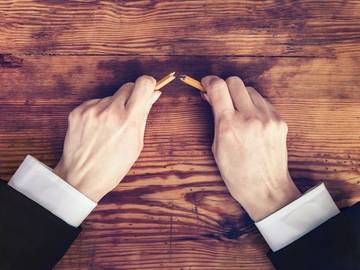 Pictured: your first instinct when you hear 'irregardless'

However, if it is your life’s dream to inveigh against words that shouldn’t be, you should follow your bliss, even if you do so in peevish fashion. To help you in such endeavors we thought to provide a short list of other words which bear some passing resemblance to irregardless. Now even the most jaded complainant will have the necessary variety to make each day’s complaints feel fresh and new.

For instance, we enter the word irremediless, with a definition that manages to be both succinct and seemingly nonsensical: “remediless.” Irremediless and remediless (“lacking hope of assistance or relief; being beyond help”) are obscure, or obsolete, and so you are unlikely to encounter either in current writing.

And now was the time when we (as well as others) thought it fit to withdraw, or hide our selves from the horrour of a dreadful Judgment, and irremediless cruel Execution.
— Richard Head, The floating island, 1673

Less often found are irresistless (“resistless”) and irrelentlessly (“relentlessly). These are antiquated and rare enough that we do not enter them, but may be found in the works of such 17th century illiterates as John Dryden and Richard Montagu.

When Beauty in Distress appears,
An irresistless Charm it bears:
In every Breast does pity move,
Pity the tender'st part of Love.
— John Dryden, Examen poeticum, 1693

To come home to the purpose; Hee that can divert or prevent a mischiefe, will not sit still and look on in the ruine of his house, nor irrelentlesly see the desolation of those, who are indeed, & are called, Psalm. 83.3. the hidden, secret, the received ones of God, nor the utter destruction of his deerest friends.
— Richard Montagu, Immediate addresse vnto God alone, 1624

Moving on from the ir- prefix, there are a number of un- words which appear to contradict themselves. Earlier editions of Merriam-Webster dictionaries had entries for both unremorseless and unmerciless. These words were defined in 1913 as “utterly remorseless” and “utterly merciless,” shortened to “remorseless” and “merciless” in 1934, and removed in 1961.

We are not free; we are slaves: one half of us is tyrants,—unremorseless, onfeelin’, overbearin’ tyrants, and vile usurpers; and the other half slaves,—abject, miserable, degraded slaves.
— Thomas Chandler Haliburton, The clockmaker, 1840

He that perceiuing his house to be on fire, and seeing the flame to breake out on euery side, and in stead of resisting it, should stand but looking on, deploring the power of that unmercilesse ele|ment.
— W. C., Christian rules proposed to a vertuous soule aspiring to holy perfection, 1659

Complaints typically heard about such words are based on the idea that a prefix of negation (such as ir-) is unnecessary when coupled with a suffix of similar quality (such as -less). However, it should be noted that many negative prefixes may also have other meanings. So while un- may often serve to mean “opposite” or “reverse,” it can also function as an intensifying prefix. We see this in a variety of verbs, such as unthaw, unpeel, unravel, and unloose.

The words listed above are a good way from being in common use, which is why no one is yet complaining about them. If you truly love to hear the phrase “that’s not a word” you will do your part to popularize them, in order that more people may have the pleasure of exclaiming this in the future.