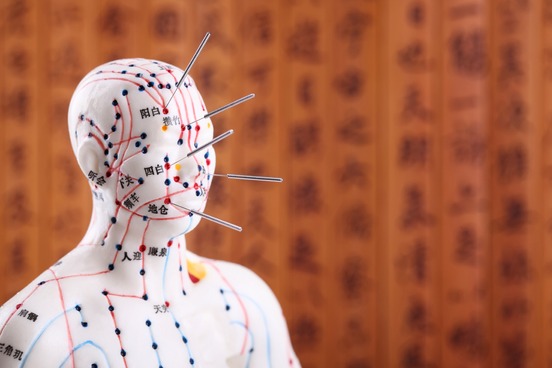 : a keen or bitter taunt : a cutting gibe or rebuke often delivered in a tone of contempt or disgust

Sarcasm, that verbal flourish beloved by supercilious people the world over, has the sort of origin that makes other words jealous. It is descended ultimately from the ancient Greek word sarkázein, which means "to jeer at while biting the lips."

"However much her character and mode of life might be reprobated, few were willing to offend her by their expostulations or remarks; and she attained a sort of ascendancy, which the fear of her sarcasm and her crutch alike combined in enabling her to maintain." - James Peterson (Editor), The Contemporaries of Burns, 1840 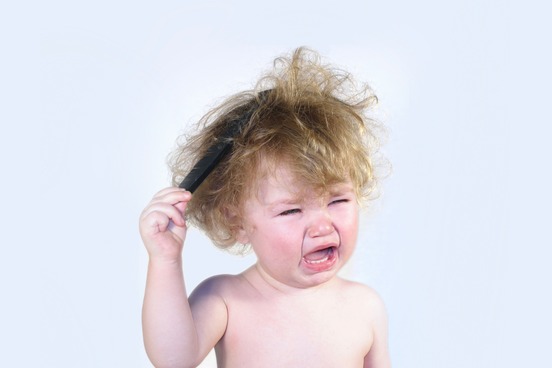 : marked by disorder or disarray

Some words travel far afield from their roots as they make their way through the millennia. Nice, for instance, is descended from the Latin word nescius, meaning ignorant. Others, such as disheveled, hew closer to their original meaning, while changing enough semantic content to keep things interesting. Disheveled comes from the past participle form of the Old French word descheveler, which means 'to disarrange the hair.'

"But at the moment, to our astonishment, Theodore whipped away the screen and revealed Kralefsky, slightly purple of face and disheveled, standing free in a pool of ropes and chains." - Gerald Durrell, Fauna and Family, 1979 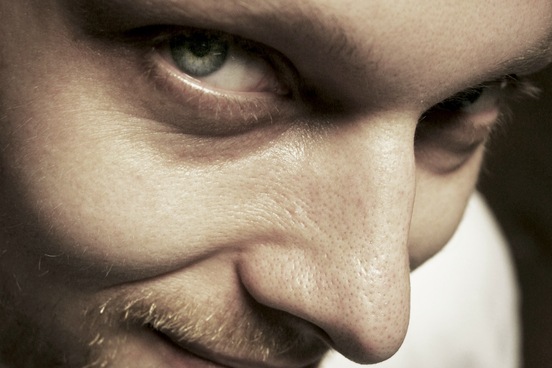 : to cast a sidelong glance : give a lascivious, knowing, or malicious look

All dictionaries will occasionally hedge their bets when giving the history of a word; the science of etymology is imprecise enough that if a dictionary's compilers had to leave out uncertain origins the books they create would be considerably smaller.

So the roots of leer are referred to with some degree of circumspection; it probably comes from the noun form of leer, which is an obsolete word for the cheek, since the earliest uses of leer as a verb seem to indicate the action of a sidelong glance, or looking over one's cheek. If you have a better idea of where it comes from, feel free to write to your local dictionary to tell them of it. Just kidding. Don't do that. 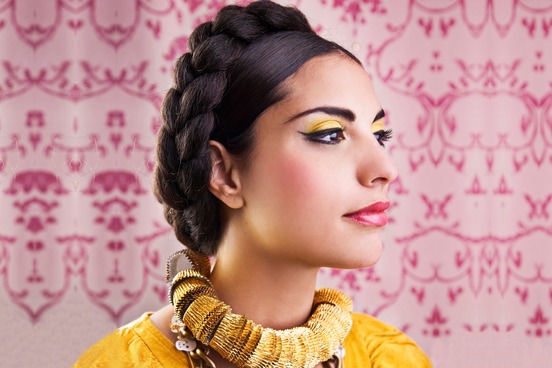 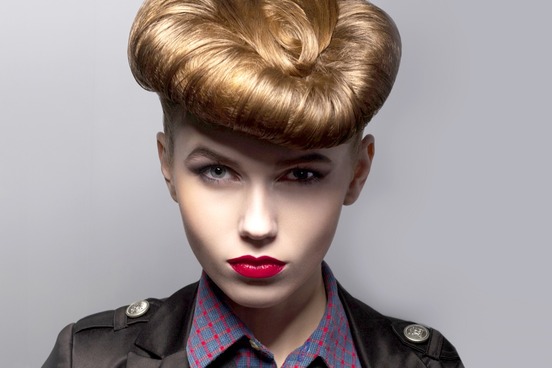 Supercilious is one of those delightful words that makes more sense when one discovers its etymology. It comes from the Latin word supercilium, which, in addition to meaning 'pride' and 'haughtiness,' means 'eyebrow.' Any time you encounter someone being supercilious there is a better than average chance that they are raising their eyebrows at you.

"And now methinks I hear the libertine, with supercilious leer, cry, preach no more your musty morals; hence to deserts fly." - John Stagg, "The Pleasures of Contemplation", in Miscellaneous Poems, 1807 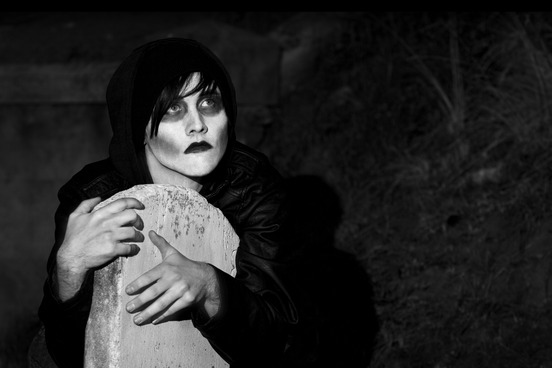 : a sad mood or feeling

Melancholy doesn't actually come from a body part, but its etymology is close (and interesting) enough to include it in this list. It comes from an Ancient Greek word that combined the meanings for 'dark' (melan-) and for 'bile' (cholos). Long ago, before modern English was even a twinkle in the eye of Anglo-Saxon, there was a theory that human health was regulated by a correct balance of the four humors: blood, phlegm, yellow bile, and black bile. If you had too much black bile in your system you would be prone to depression, or melancholy.

"He reread the first paragraph, his eyes itching with melancholy and pride." - Martin Amis, The Information, 1995 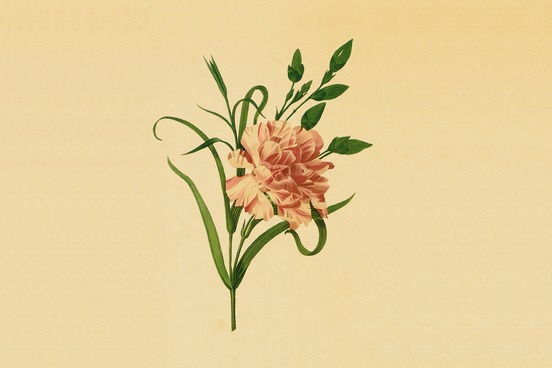 : a pink, white, yellow, or red flower that has a sweet smell

Most people, when they think of the word carnation, draw to mind a picture of a flower. So it is slightly confusing to find that the word comes from a root meaning, quite simply, flesh (carn-). It shares its roots with such decidedly non-floral words as carnivorous, carnage, and carnal knowledge. Why is this? Because before it was used to describe a flower, carnation was used to refer to the color of certain tints of human flesh.

"Neither the fetid Rose, nor the withered Carnation, nor the dusty Nasturtium, nor the diseased-looking Pea would oblige Lady Jane's suitor." - Paul Bell, in Littell's Living Age, August 1850 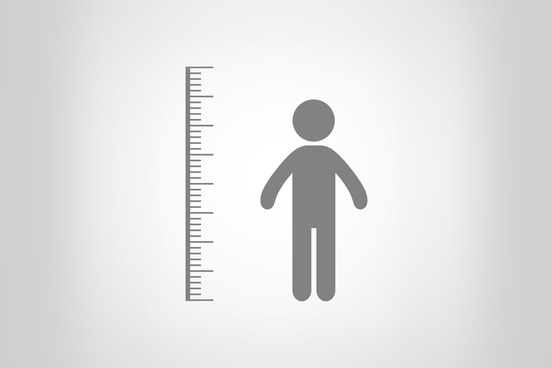 1 capitalized : any of a small people of equatorial Africa ranging under five feet (1.5 meters) in height

You would be excused for finding yourself confused upon learning that the word pygmy comes from an Ancient Greek word for the distance measured from the elbow to the knuckles (pygmē). The word has a long history in the English language and none of its various uses have to do with elbows or knuckles.

Pygmy made its first appearance in English referencing a possibly mythical group of very small people, mentioned by writers in Ancient Greece. In the 16th century it began to be used to refer to people who are just very small, and in the 19th century it was used to refer specifically to diminutive people found in Africa's equatorial regions.

"The opinion that Pygmies are not a mere sport of Nature, but that they have representative claims as members of the great families of mankind, is as old as Homer, Hesiod, or the eternal hills." - Robin Goodfellow, A Weekly Journal of Fact and Fiction, 1861 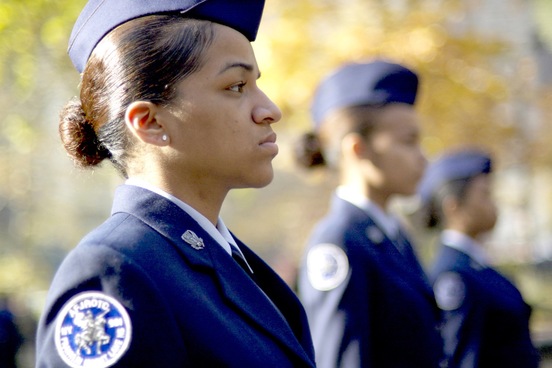 : a student at a military school who is preparing to be an officer

There is nothing to suggest that the people who invented the English language (whoever they are) had any animus towards cadets, but it is still puzzling that the term for this aspiring officer should have come from a word meaning 'small head'. Cadet comes to English from the French word capdet, which is itself descended from the Late Latin capitellum (which is the aforementioned word meaning 'small head'). Make of it what you will.

"When Inger-Johanna with impetuosity rushed to the defense of Grip, she saw in him only the son of the idiotic 'cadet of Lurleiken,' as he is called, one of the well-known, amusing figures of the country." - Jonas Lie, in The Granite Monthly, 1894 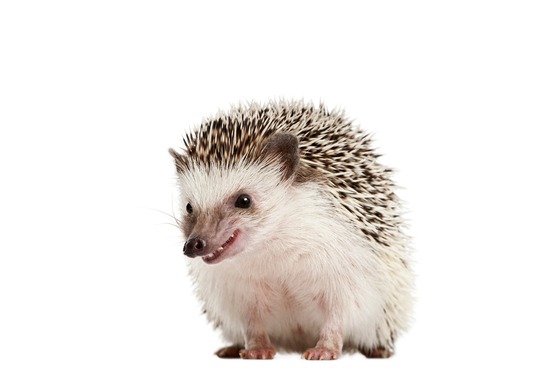 : a sudden, impulsive, and apparently unmotivated change of mind

The origins of caprice are both entertaining and somewhat quizzical. It comes from the Italian word capriccio, which itself is a combination of two distinct words. These words are capo (meaning head) and riccio (meaning hedgehog), in apparent reference to the quality of having one's hair stand on end. As such, it would seem to be a better etymology for a word denoting terror rather than whimsy, but such are the caprices of language.

"But again man does not realize the vast power woman wields in the business world - through her desires, her caprices, her will." - Bertha A. Loeb, in The Business Philosopher, February, 1911 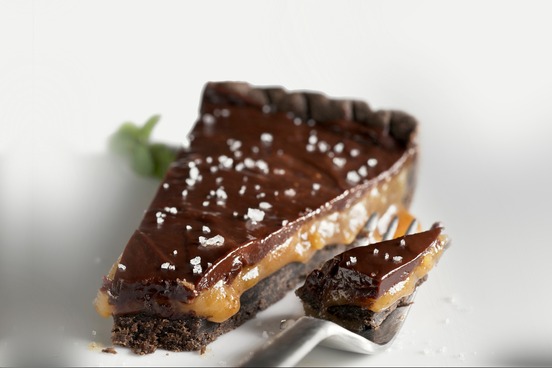 : a sweet creamy chocolate mixture used especially as a filling or frosting

Sometimes we find a word's etymology in a dictionary that is so clear and explanatory that it serves to instantly clear up any confusion we had about the word (such as the word cyclone, which comes from the Greek word for wheel, kyklōma). Other times we get words such as ganache.

This term for the chocolate filling or coating used in pastry making comes from the French word (with the same spelling) meaning 'jowl' or 'lower jaw,' leaving the casual reader with some confusion as to how the word took on its modern meaning.

Was it perhaps due to an overindulgence in ganache leading to a fattened jowl? Not likely. The redoubtable Oxford English Dictionary informs us that the French confectioners Maison Siraudin began to use the term ganache for their chocolates in the late 19th century, in reference to a popular comic play, Les Ganaches, written by Victorien Sardou.

"Pour the cream into the melted chocolate and stir with a whisk to create a delicious ganache." - David Jones, Candy Making for Dummies, 2005 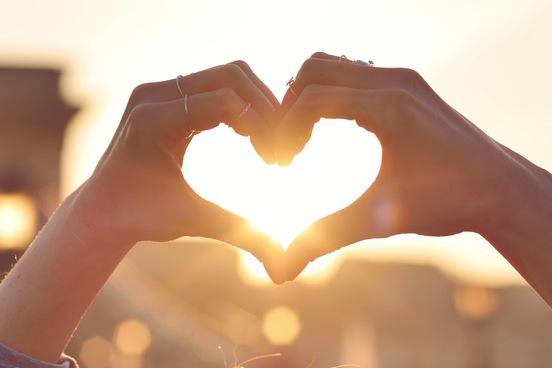 : mental or moral strength to venture, persevere, and withstand danger, fear, or difficulty

Courage comes from the Old French word curage, which draws from the word cuer, meaning 'heart.' Another English word descended from cuer (albeit one that has wandered a bit farther afield) is cordial. Both it and courage ultimately can be traced back to the Latin cor, also meaning 'heart.' This proves that "You gotta have heart" is not just a line from a song in the Broadway play Damn Yankees, but is also a deeply profound etymological truism. Well, not really, but it does nicely show the connection between the heart and courage.

"It is interesting to note that Mr. McCarthy thinks favorably of it as a profession, and records his conviction that nothing but laziness and lack of courage will prevent a capable journalist making a thousand a year." - Pitman's Journal of Commercial Education, August 1896