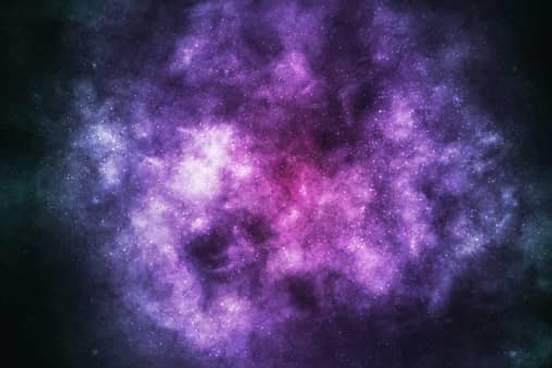 In the beginning, you might say, was genesis. The name given to the first book of the Old Testament describes the creation of Adam and Eve along with the earth and the heavens. The book even begins with the words "In the beginning," making genesis the ne plus ultra, perhaps, of beginning words.

Genesis derives via Latin from the Greek gignesthai, meaning "to be born," and can refer to the origin or beginning of anything from a heavenly body to an idea.

The genesis and maturation of a planet, its poise and orbit, the bended tree recovering itself from the strong wind, the vital resources of every animal and vegetable, are demonstrations of the self-sufficing, and therefore self-relying soul.
— Ralph Waldo Emerson, "Self-Reliance," 1841

MORE TO EXPLORE: Top 10 Words from the Bible 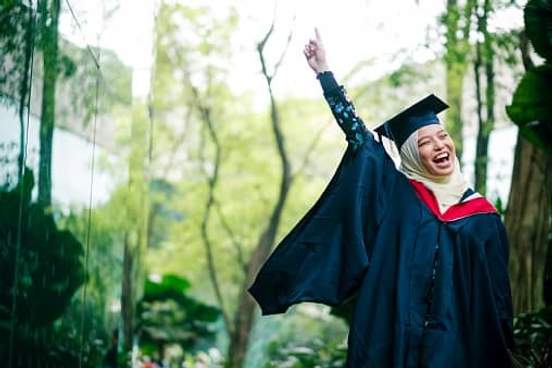 Commencer in French means "to begin"; we get our verb commence via Middle English and Anglo-French from a Latin word that was formed by combining com- ("with") with initiare ("to begin"). Initiare is the root of our verb initiate. So even though they look nothing alike in English, commence and initiate have the same origin.

He cast a sinister look at the little flame which I had enticed to play between the ribs, swept the cat from its elevation, and bestowing himself in the vacancy, commenced the operation of stuffing a three-inch pipe with tobacco.
— [Emily Brontë, Wuthering Heights, 1847

Interestingly, we use commencement to refer to the ceremony given to confer diplomas to those who have completed the requirements to graduate from a school. While that might seem like the end of one journey, it is for many the beginning of another, and commencement conveys that. In British English, commence can mean "to take a degree at a university." 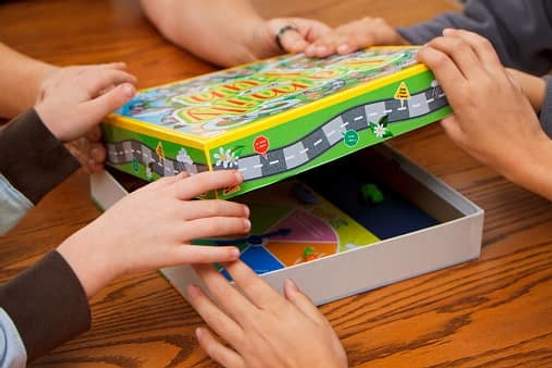 The use of square one to mean "the initial stage or starting point" might call to mind board games such as Chutes and Ladders, where certain penalties require a player to move their piece back to an earlier space on the board. Because of that, the idiom back to square one usually doesn't have a positive meaning; rather, it's about making a new attempt after a previous (usually prolonged) effort has failed.

In any event, with Cash released and everybody back to square one, actually not even up to square one considering the nearly full-day head start they had given the shooter, at this late hour Matty was relegated to poring over Manhattan robbery-pattern reports from the last six months, the monthly All Sheets of unsolved crimes, keeping it close to home, though, the Eighth, the Fifth, and the Ninth, because a deer never travels more than a mile from where it was born and always walks in the path of its ancestors.
— Richard Price, Lush Life, 2008

Early uses of the phrase, from the 1950s, make reference to board games, though some scholars have attributed the origin of the phrase back to square one to how soccer games were announced over radio. 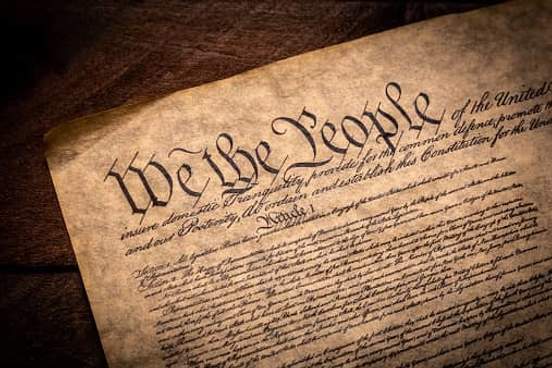 The noun preamble is the name we give to the first section of the U.S. Constitution, the 52-word paragraph that begins "We the People" and lays out the purpose of the document that follows.

The amble in preamble comes from the Latin verb meaning "to walk" (as found in ambulance and ambulatory); the Late Latin praeambulus means "walking in front of." In broader use, preamble can refer to any introductory statement or section of a text, or a fact or circumstance from which other events follow.

Lily, oppressed by the close atmosphere, and the stifling odour of fresh mourning, felt her attention straying as Mrs. Peniston's lawyer, solemnly erect behind the Buhl table at the end of the room, began to rattle through the preamble of the will.
— Edith Wharton, The House of Mirth, 1905 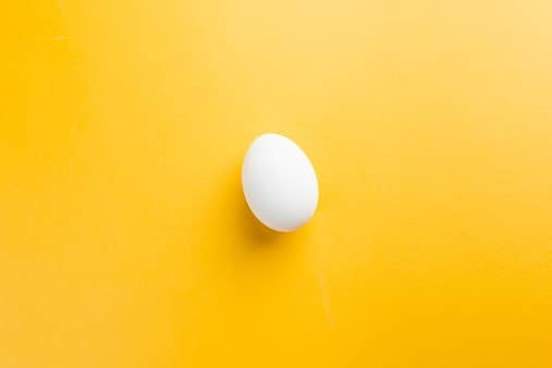 Which came first, the chicken or the egg? The Latin phrase ab ovo, meaning "from the egg," might sounds like it's taking a position on answering that classic riddle. But ab ovo is actually part of a longer phrase written by the poet Horace: ab ovo usque ad mala, which translates to "from the egg to the apples."

The phrase alludes to a pattern seen in Roman dining, that of starting a meal with eggs and finishing it with apples. It was an English writer, Sir Philip Sidney, who is credited with giving ab ovo a figurative application, referring to the beginning of an action.

"Given Arthur's fondness for approaching a problem ab ovo, without reference to previous results, and adding to it a certain obscurity of presentation that even I, who knew him well, had found disturbing, it was a wonder that he had done as well as he had."
— Charles Sheffield, A Braver Thing, 1990 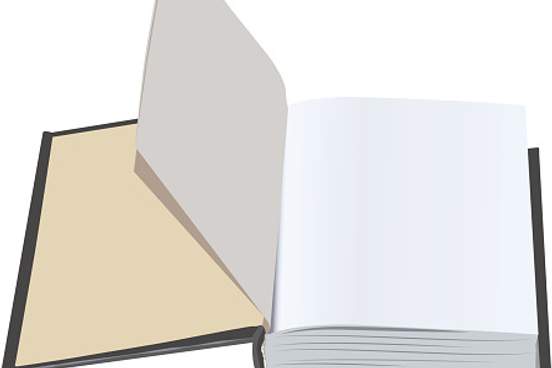 In a way similar to preamble, exordium denotes an introductory section to something written, usually a discourse or composition. It can also be used for the opening piece in a collection (as of poetry), usually one that sets the tone for what follows:

A disarmingly small first poem, “For the Book,” offers an exordium reminiscent of Roman playboy Catullus’s disclaimer in which he distinguished his “novum libellum,” or “new little book,” from the exhaustive tomes of historians...
— Heather Treseler, Boston Review, 20 Oct. 2015

Foreword, preface, and prologue are other words used for the opening section of a text. Exordium derives from a Latin noun that combines the prefix ex- with ordiri, a verb meaning "to begin." 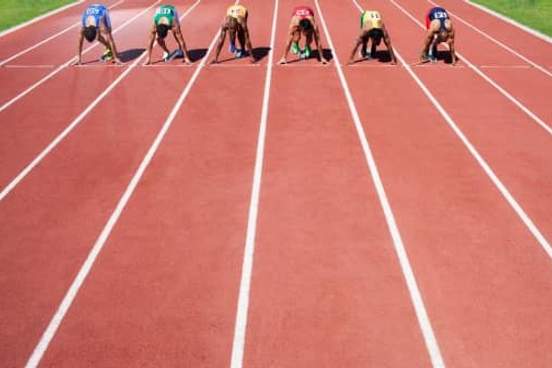 Get-go (and idioms such as from/since the get-go) originated in African-American slang, with early uses dating from the 1960s attributed to writers such as Toni Cade Bambara.

Things ain't getting no better fast. Like I said, I ain't been feeling right since the get-go and now there's three dudes stead of one to deal with and that sure ain't gon make things no easier.
— John Edgar Wideman, Brothers and Keepers, 1984

Despite its slangy origin, from/since the get-go is now used by speakers of all backgrounds, even occasionally in formal writing. Its origin is uncertain, with phrases such as get going noted as a possible influence.

A phrase with a similar rhythm is from the word go, which calls to mind an official giving a signal to start a race. That phrase is much older than from the get-go, with evidence dating to the early 19th century. 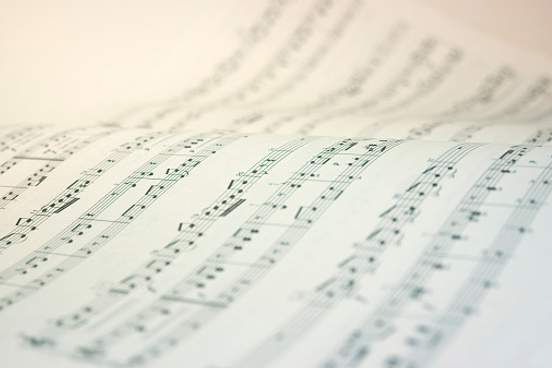 An overture can be an introductory gesture or proposal, but in the field of music it's the orchestral introduction to a dramatic work, such as an opera. The William Tell Overture, for example, opens Rossini's opera by that name.

To make a non-musical overture to someone means to make an offer or suggestion to start talking or negotiating with someone, often someone you don't know well or haven't been talking to much until that point.

Although Meadows has made an overture to Pelosi to restart talks, he wasn’t optimistic that a deal would actually be reached before the government funding deadline next month.
— Heather Caygle, Politico, 27 Aug. 2020

Even though it begins with over, and suggests a crossing over distances, overture is not related to over. Instead it was formed from a Vulgar Latin alteration of apertura, the word for an aperture or opening.

Incipient has all of the credentials required to make this list, starting with the fact that it derives from the Latin verb incipere ("to begin") and is related to incipit, a term that literally means "it begins" and which was used for the opening words of a medieval text. (Incipere also gives us our noun inception).

Early uses of the word occurred in scientific contexts, describing things (such as new species) just coming into being, though writers soon took to using the word for other things in early stages of development.

There is nothing so inspiring in life as the sight of a legitimate ambition, no matter how incipient. It gives colour, force, and beauty to the possessor.
— Theodore Dreiser, Sister Carrie, 1900

ENDINGS: 7 Words for When Things Don't Pan Out as Planned