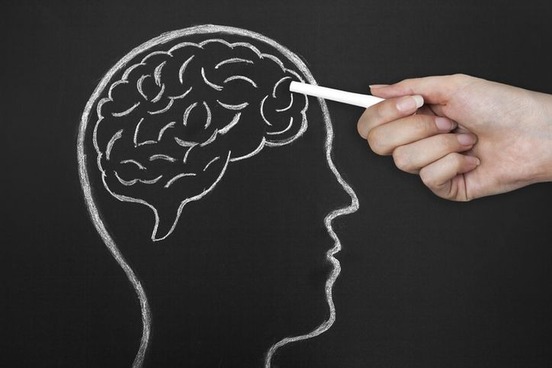 Bean, referring to a thing one eats, has been in English for a very long time (since the 12th century); most of the word’s figurative meanings came about much later. Some which arose in the 20th century are the application of bean to mean either “the head” or “to strike (a person) on the head with an object.” Many of the earliest uses of this verb and noun come from the realm of baseball, but soon enough the noun was in use among writers such as P. G. Wodehouse, who employed it without any connection to sporting events.

Here, with a sniff like the tearing of a piece of calico, she buried the bean in her hands, and broke into what are called uncontrollable sobs.
— P. G. Wodehouse, The Code of The Woosters, 1938 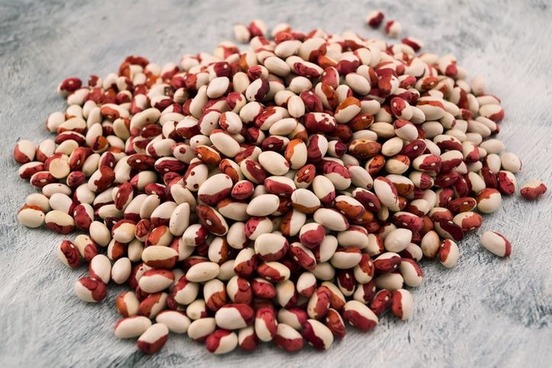 The figurative hill of beans is perhaps most associated with the denouement of Casablanca, when Rick tells Ilsa “I’m no good at being noble, but it doesn’t take much to see that the problems of three little people don’t amount to a hill of beans in this crazy world” (it’s the line directly before “Now, now. Here’s looking at you, kid” if you’re having trouble placing it). This idiom came into use well before the 1942 film; hill of beans (initially often written as hill o’ beans) has been in use since the middle of the 19th century.

…he announced to a wonder-stricken world, that he had conceived a new theory—a sort of basswood theorem—by which, the inventor could tell, upon a single application of its principles, whether a town would ever amount to “hill o’ beans,” or not.
— Weekly Nonpareil (Council Bluffs, IA), 22 Aug. 1857 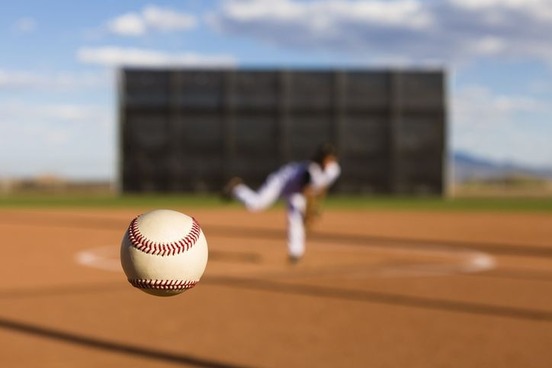 Definition - a pitch thrown at a batter's head

The aforementioned baseball use of bean to refer to a head came about in the early 20th century, specifically relating to a head that one throws something at. We are sure the baseball players had good reasons for doing so, and likewise assume this has something to do with why the game is our national pastime.

It’s about time for some pitcher to discover a new ball. The stop-ball, spit-ball, bean-ball, smoke-ball, float-ball, snake-ball and fall-away ball have had their day.
— The Wilkes-Barre Record (Wilkes-Barre, PA), 15 Nov. 1905

In sporting parlance the bean ball is one that imperils the head, or bean, as some cal it, and Rube did get an awful wallop.
— Cleveland Leader (Cleveland, OH), 24 Jun. 1905 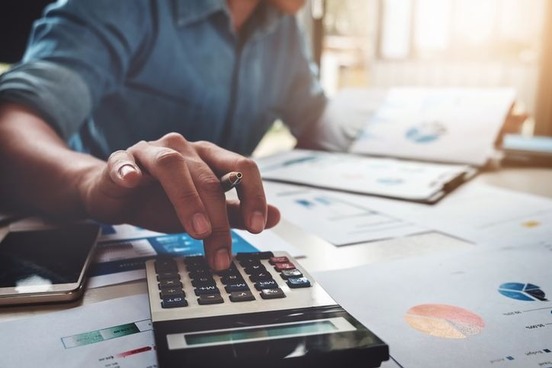 Bean counter is labelled “usually disparaging,” which means you should not apply it to anyone whose feelings you do not wish to hurt. However, the word has not always been hurtful. In early use bean counter was used in both figurative (meaning “an inexpensive restaurant”) and literal senses (meaning “a person who counts the number of beans in a jar”), without any intent to offend.

A millionaire may take his luncheon at a bean counter while a ten-dollar-a-week sport will order a six course dinner.
— The Daily Province (Vancouver, Can.), 4 Aug. 1910

In our display window we have on exhibition a solid jar of beans. Look at the jar, come in and purchase, and for every 10c spent you will be entitled to one guess as to the number of beans in the jar … Bean counters—Mr. Jones, Mr. Virgil Moon, Mr. Perry Hudson.
— Daily Republican-Register (Mount Carmel, IL, 10 Jun. 1908

The word appears to have taken on a vituperative cast in the First World War, when it was used to refer contemptuously to men who occupied non-combat positions in the war effort. 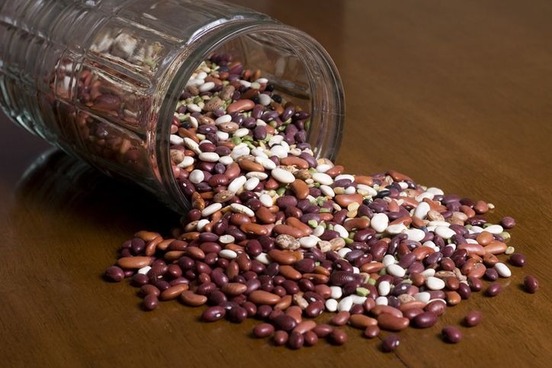 Spilling the beans should not be confused with spilling one’s guts; the former is divulging secret information, while the latter refers to the divulging of especially personal information. Spilling the beans originated in the the early 20th century, and had a short-lived career with a somewhat different meaning. Used primarily in reference to sporting events, spill the beans formerly meant “to spoil; to upset the apple cart.”

Comsikey’s squad of the White Stocking aggregation were the first to spill the beans by being defeated to-day by the Saints by a score of 2 to 3.
— The Cleveland Leader, 31 Mar. 1905

During the still hours of the night and the early morn, several owners are especially busy right now. They are preparing horses that ought to go to the post cocksure winners, and they hope to spill the beans for everybody who is not let in on the deal.
— Kentucky Post (Covington, KY), 7 Jun. 1905

Figure not on the possibilities of baseball, for they are strange and varied, and he who plays with the dope will surely live to see the beans spilled.
— Kentucky Post (Covington, KY), 10 Oct. 1906 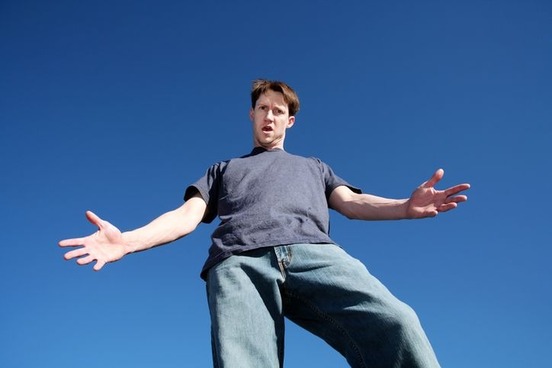 The earliest meaning of beanpole was a literal one (“a pole up which bean vines may climb”); the word took on its figurative sense in the middle of the 19th century. In this sense it is nearly synonymous with string bean, a word we define as either “snap bean” or “a very tall thin person.”

”The end justifies the means”—This is what a bean pole of a girl said, when she tied on a forty pound bustle.
— The Star of the North (Bloomsburg, PA), 3 Jul. 1851 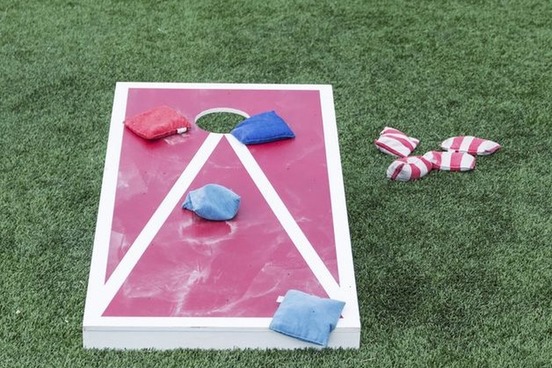 One of the most well-known uses of beanbag employs a sense of the word which is now thoroughly obsolete: “Politics ain’t beanbag.” The full version of this quote, written in 1895 by newspaperman Finley Peter Dunne (and attributed to his fictitious character Mr. Dooley), was “Sure, politics ain’t bean-bag. ’Tis a man’s game, an’ women, childher, cripples an’ Prohybitionists ‘d do well to keep out iv it.” The truncated version of this aphorism survives to this day, and it is often used when the feelings of some candidate for office are injured, or appear to be bruised. The beanbag mentioned by Dunne was a child’s game, and few, if any, dictionaries define this sense today (since it is almost never used in this sense outside of the political saying).

The time was spent in playing bean-bag and croquet. All went home telling what a good time they had.
— Daily Illinois State Journal (Springfield, IL), 17 Jul. 1888

Philip Armour, the Chicago millionaire, spends his afternoons playing bean-bag with the babies in a day nursery he recently had started in that city.
— New Ulm Review (New Ulm, MN), 11 Nov. 1891 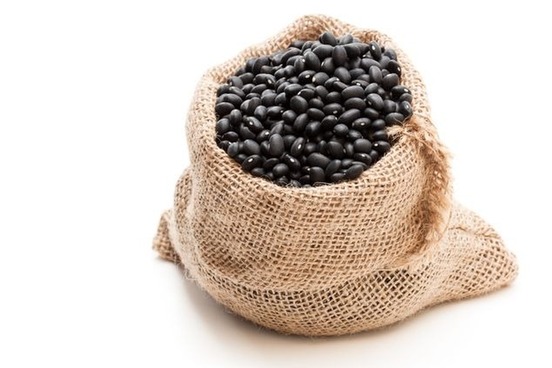 Definition - not correct or truthful; full of nonsense

Full of beans is, depending on your point of view, an exceptionally vague or an exceptionally useful idiom. It may be either of these things due to it having one meaning which is rather insulting (see above), while also being used to mean “full of energy and life.”

Anatomists to separate the bones of a skull frequently fill it with small beans and place the whole in a basin of water. The beans swell and slowly split the skull … We are not sure, but perhaps in this lies the origin of the phrase, “You’re full of beans.” Anyhow it is generally applied to that class of people who are troubled with largeness as to the head.
— Jersey Journal (Jersey City, NJ), 20 Apr. 1895