What is -orama, and where did it come from?

Tacking an -orama on the end of an existing word is a fine way to impart, in jovial fashion, that something is of a particularly extravagant or notable nature (our full definition is “used chiefly in nonce words to denote an event, production, situation, etc., that amounts to or is suggestive of a prolonged or extravagant display or exhibition of a specified kind”). Many people associate this word (which is a combining form, rather than a suffix) with smell-o-rama, one of the many misguided attempts in the middle of the 20th century to introduce various form of stink to the moviegoer’s experience. 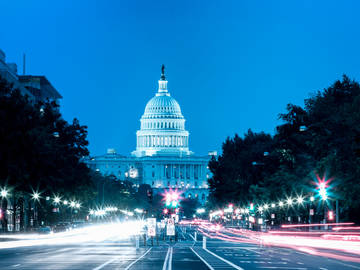 The suffix '-orama' became popular as early as the 1920s to suggest "a prolonged or extravagant display or exhibition."

”It’s the story, not the dimensions, that count in the movies,” Tyrone Power assured this reporter. “They can have a picture with all the dimensions they want, and smellorama, too, and ‘Gone With the Wind’ will still outgross it.”
—Earl Wilson, Courier-Post (Camden, NJ), 26 Mar. 1953

In “Smell-orama” you will not need wide screens or polaroid glasses. Only a nose and a modicum of tolerance.
—Phyllis Battelle, The Sandusky Register (Sandusky, OH), 18 Jun. 1953

-Orama came into being through being extracted from longer existing words (such as panorama and diorama). The ending of these words comes from the Greek word horama, meaning “sight” or “view.” While smell-o-rama is one of the better known varieties, it is certainly not the earliest attempt to use this word (although a number of the earliest uses of this word seem to have come from advertisements for motion pictures).

In case you were wondering what a cake-eater is, the term was in vogue in the early 20th century, and refers, deprecatingly, to a playboy or somewhat indulgent man. The movie which this was advertising was Cradle Snatchers, and the rest of the copy was no less risible than “howling funorama” (“Weary Wives and college sheiks—Wandering husbands and dashing blondes—And when they all get together—A riot of Fun and Laughter.”)

By the 1930s and 1940s -orama had spread in use beyond advertisements for movies, and was briefly adopted by such organizations as the Boy Scouts.

There are a couple of variant spellings for -orama, which have strayed slightly from its Greek roots; both -arama and -rama may be found occasionally.

On August 11, the Eighteenth Ward Community Club is giving a “Festival-Rama”, at the FairFax Recreation Center.
—Call and Post (Cleveland, OH), 11 Aug. 1973

The Senate’s famous budget “vote-a-rama” on Thursday won’t change any laws — far from it, it’s a daylong, only-in-Congress charade, the main purpose of which is to make the other party look bad and score political points.
—Seung Min Kim and Burgess Everett, politico.com, 25 Mar. 2015

One of the enjoyable aspects of a combining form such as -orama is that you can attach it to pretty much any noun you’d like, without having to worry about whether the resulting word will pass muster, or even make sense. Think of it as the starter kit (or, depending on your perspective, as the gateway drug) for folks who want to make up words, but are afraid to try.