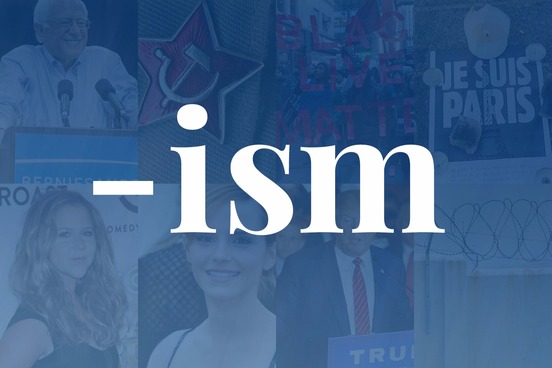 A suffix is the Word of the Year because a small group of words that share this three-letter ending triggered both high volume and significant year-over-year increase in lookups at Merriam-Webster.com. Taken together, these seven words represent millions of individual dictionary lookups.

Read on to find more about each of these words, and the events that triggered them, as well as five other words that sent us to the dictionary in 2015.

The suffix -ism goes all the way back to Ancient Greek, and was used in Latin and medieval French on its way to English. Originally, it turned a verb into a noun: think of baptize and baptism, criticize and criticism, or plagiarize and plagiarism. It has since acquired many other uses, including identifying a religion or practice (Calvinism, vegetarianism), a prejudice based on a specific quality (sexism, ageism), an adherence to a system (stoicism, altruism), a condition based on excess of something (alcoholism), or a characteristic feature or trait (colloquialism).

Ism is also sometimes a noun meaning “a distinctive doctrine, cause, or theory” or “an oppressive and especially discriminatory attitude or belief.” It’s usually used to emphasize a group of -ism words, as in “cubism, abstract expressionism, and all the other isms.”

There are 2733 English words ending in -ism entered in Merriam-Webster’s Unabridged dictionary. The top seven isms account for millions of lookups in 2015. 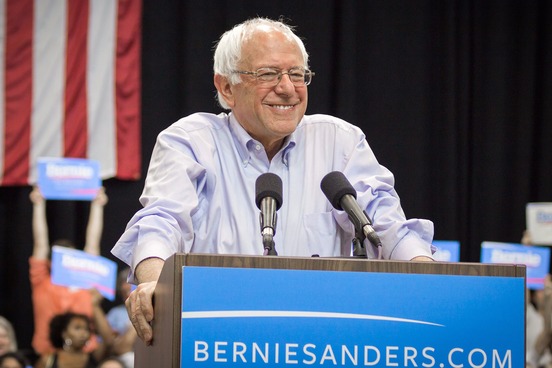 Curiosity about this year’s top word, socialism, has been especially intense this year. It jumped several spots to #7 on the all-time most looked-up word list, with an increase of 169% over last year. Democratic presidential candidate Bernie Sanders calls himself a “democratic socialist,” and the word spiked in the summer when large crowds showed up at multi-city rallies organized through social media, and again after the first Democratic debate in October.

The fact that a major-party candidate for president embraces socialism shows that the term has moved beyond its Cold War associations. The complex meanings of socialism have required new information at its dictionary entry:

In the modern era, “pure” socialism has been seen only rarely and usually briefly in a few Communist regimes. Far more common are systems of social democracy, now often referred to as “democratic socialism,” in which extensive state regulation, with limited state ownership, has been employed by democratically elected governments (as in Sweden and Denmark) in the belief that it produces a fair distribution of income without impairing economic growth. 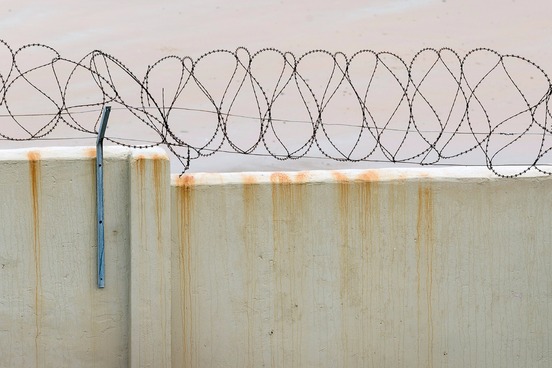 Significant spikes for fascism (“a political philosophy…that exalts nation and often race above the individual”) occurred following attacks in Paris, Colorado Springs, and San Bernardino. Taken together with spikes for terrorism immediately following these events, we see that fear of threats from without are echoed by fear of threats from within; proposals for heightened security and surveillance, anti-immigration policies, and comments about the rhetoric of Republican presidential candidate Donald Trump all provide the context in which fascism appears. (A similar pattern was seen following the attacks on 9/11, when the spike in terrorism lookups had an echo in the heightened interest in jingoism.)

In November, some conservatives began using fascist to describe Trump’s proposals and style, and at the beginning of December, writers for Slate and the New York Times and a commentator on CNN all referred to Trump as a “fascist,” sending many people to the dictionary. 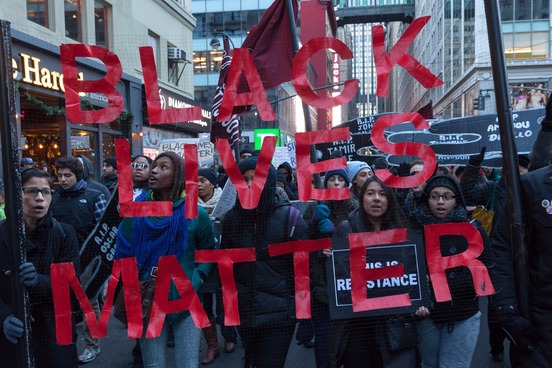 Racism is a word that has been trending high all year, with spikes of lookups following the South Carolina church shooting in June and the University of Missouri protests in November. Videos of police shootings of black men have provoked a national conversation about race and justice, and the Black Lives Matter movement combined street protests with political activism at presidential candidate events. Toward the end of the year, revelations about President Woodrow Wilson’s racist attitudes sent many to the dictionary. Overall, lookups have increased 50% over last year. 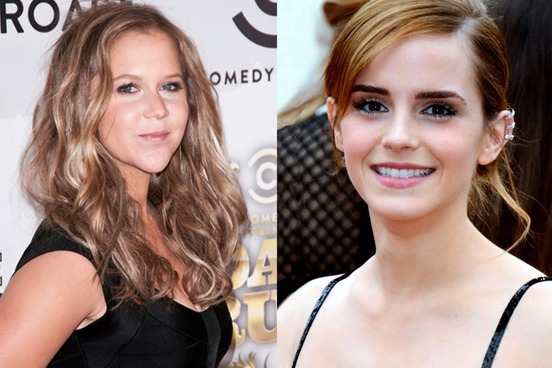 Feminism was looked up frequently in 2015 for many cultural, academic, and personal reasons not necessarily connected with the news or popular culture, but several spikes do correspond with stories in the media. In April, an Ohio middle school student wore a T-shirt with “Feminist” printed on it in a school photo, and the word was digitally blacked out by school administrators. (The school later apologized.) Stories about Caitlyn Jenner, Amy Schumer’s success, and Hillary Clinton’s candidacy all incorporated discussions of feminism. Reviews of Mad Max: Fury Road and previews of Star Wars: The Force Awakens discussed feminist characters. And Emma Watson’s 2014 UN speech made the news again twice this year: first for inspiring Nobel Peace Prize winner Malala Yousafzai to call herself a feminist in a viral video, and again when it was revealed that Watson was asked not to use the word at all in the speech. 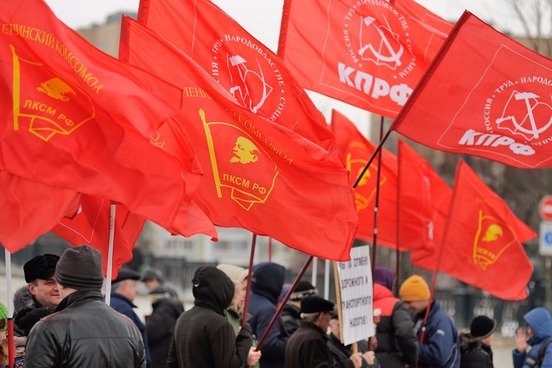 While socialism got the biggest share of lookups for a single word this year, other political -isms have also been looked up for comparison. Communism and socialism have complex definitions that partly overlap, and the two often seemed interchangeable during the Cold War. Communism’s increase of 38% over last year, along with lookups of socialism, shows the confusion surrounding these two terms. Is communism socialism? Is socialism communism? The dictionary definitions help clarify. Additionally, the United States’ decision to lift the travel embargo to Cuba stirred intense interest in the word. 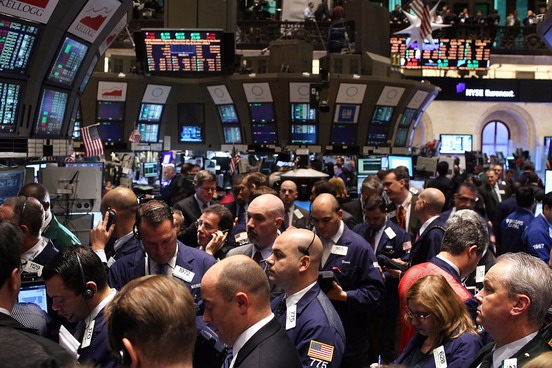 Capitalism has been consulted so often in tandem with socialism that the two were named the dual Words of the Year in 2012. Then as now, it was clear that the two systems were being compared. Because Bernie Sanders identifies his ideas as “democratic socialism,” many people may be curious to see if such a system is compatible with capitalism. 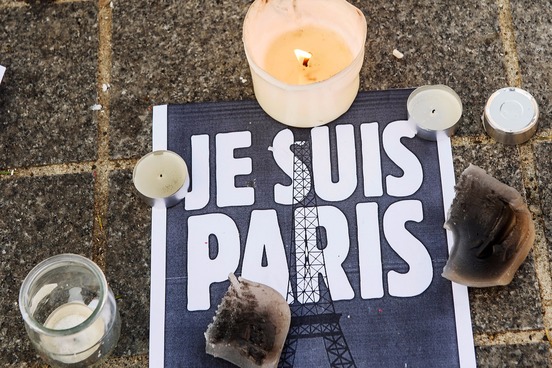 With horrific attacks in Paris, Colorado Springs, and San Bernardino, in addition to the world’s focus on the activities of ISIS in the Middle East, terrorism was much on our minds and in the news this year. It has been looked up 110% more overall this year than last, and that figure jumped to 400% after the Paris attacks.

Terrorism originally meant violence perpetrated by a government on its people, taking its name from the Reign of Terror during the French Revolution. Today we usually use terrorism to mean “the use of violent acts to frighten the people in an area as a way of trying to achieve a political goal.” 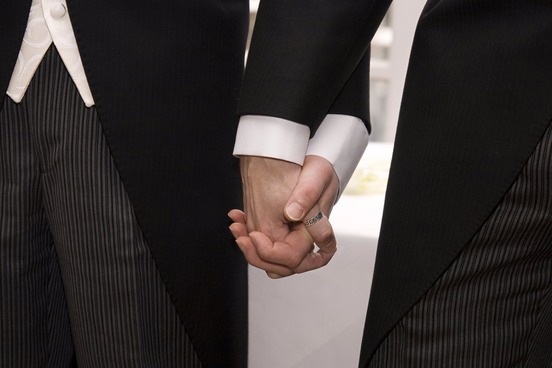 June’s landmark Supreme Court ruling that same-sex couples can marry nationwide sent lookups of marriage to the top of the list. Marriage is among the top 25 most looked-up words in the history of our online dictionary, reflecting the fact that the issue has been making news for over a decade. This year, lookups increased by 57% over last year. 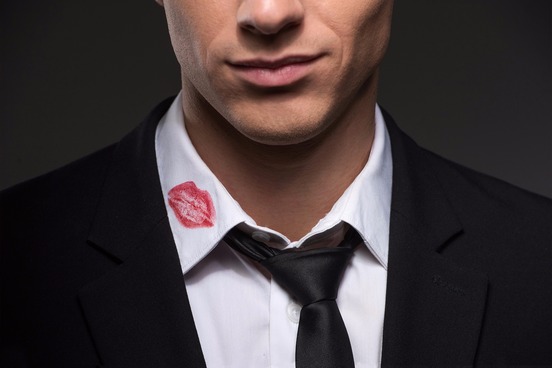 Hypocrite spiked this year when news broke that Josh Duggar had an account on Ashley Madison, a site for those looking to cheat on their spouse. Duggar had worked for the conservative Family Research Council and said that he and his wife saved their first kiss for their wedding day. He confessed to having an account on the site, saying, “I have been the biggest hypocrite ever.”

Hypocrite lookups give us a window into changing dictionary behavior: it was looked up nearly three times more frequently on mobile than on desktop this year. 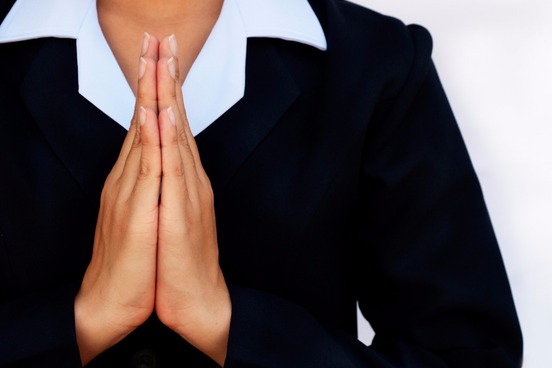 Respect, which is rising in our rankings to join other perennially researched terms like empathy and integrity, isn’t strongly linked to any specific news stories. It may connect with other words looked up this year, like racism and feminism, as part of the background or subtext of a wider national conversation.

It was looked up much more on mobile than on desktop this year. As with hypocrite, we may be seeing a different kind of behavior caused by having a dictionary in our pocket at all times. On a desktop computer at work we may look up words for spelling and usage and to follow the news of the day, but lookups that are more personal that reflect our daily emotional lives seem to correlate with mobile use and a greater proportion of younger users. 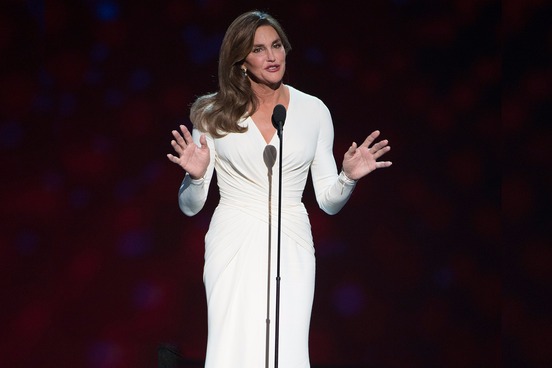 Inspiration saw a 65% increase in traffic this year, much of it late in the year. We suspect that the reasons are as personal as they are universal. However, some events that correspond with inspiration’s spikes include Caitlyn Jenner’s acceptance speech at Glamour’s Women of the Year Awards, obituaries for Melvin Williams that referred to him as the inspiration for The Wire, and Carly Simon’s confirmation of the not-so-secret secret that Warren Beatty was an inspiration for “You’re So Vain.” 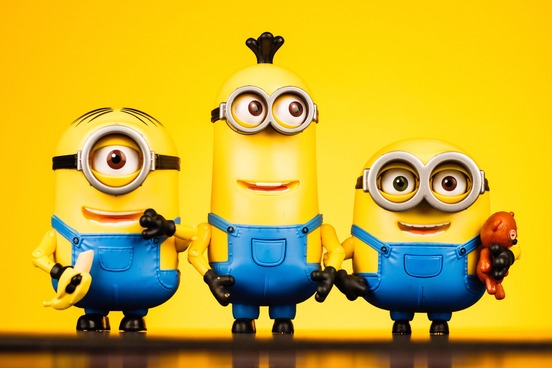 Minion was looked up for a simple reason: the animated movie Minions. The word means “follower” or “underling,” but its origin is as adorable as the cartoon characters: it comes from mignon, the French word for “dainty” or “cute.” Though filet mignon retains the modern French spelling because it entered English relatively recently, we’ve used the minion spelling for the “follower” sense since the 1500s.