Terminate (and termination and terminator), meaning "to end or set a limit to" or, in more specific cases, "to discharge" or "to kill," comes from the terminus of ancient Rome. A terminus was a boundary stone having a depiction of the god Terminus, and it set the boundary or marked the end of one's property. From here, terminate has come to be used in sentences such as "the train terminates at the station" all the way to Apocalypse Now's famous "terminate with extreme prejudice."

The Roman 'Terminus': A Boundary Stone

In ancient Rome, a terminus was a boundary stone, and it was believed to be presided over by a god, whose sculpted head or bust traditionally topped the stone. The representation of Terminus, the god, without feet or arms signified the steadfastness of the boundary. Terminus was considered a keeper of the peace since wherever there was a terminus, there could be no arguments about where your property ended and your neighbor's property began. The god's festival was the Terminalia, during which owners of adjacent lands assembled at the common boundary stone, and each adorned their own side of the stone with garland; offerings and a sacrifice were also made at the stone. Traditionally, Terminalia occurred at the end of the ancient Roman year, February 23.

Given this rather mundane description of the Roman terminus and its god, you might be wondering how terminus is connected to terminate, termination, and terminator—words that people often fear to encounter. 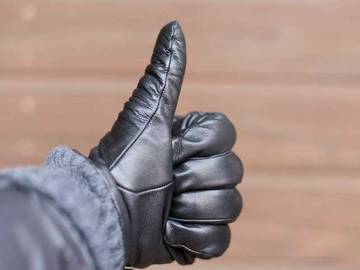 Thumbs up for history.

The Origin of the Verb 'Terminate'

The verb terminate derives from Latin terminatus, the past participle of terminare, meaning "to limit or bound, or set limits to." The Latin verb evolved from terminus. Terminus itself is generally used in modern English to refer to the end of a travel route (such as a rail or bus line) or to the station at the end of the route (the related terminal has synonymous meaning). Such senses make sense when one considers that a boundary indicates an end of something. Terminate is also used in reference to commonplace ends and endings, as in "The branches of the tree terminate in flower clusters" or "The train service terminates at Union Station." But it also has a formal tone. Perhaps that's why some people find it a useful substitute for the short-and-sweet end when describing endings of an official or a legal nature, which are not always pleasant ("The contract was terminated"; "The school terminated the music program").

Explicit unpleasant usage of terminate includes its sense of dismissing or discharging someone abruptly from employment, which is first employed in the early 20th century. The word also gained the meaning "to assassinate or kill" in the 20th century, which is suspected to have originated in military/CIA jargon in the phrase "to terminate with extreme prejudice." Famous use of the phrase is in Francis Ford Coppola's 1979 war film Apocalypse Now.

Colonel Lucas: Your mission is to proceed up the Nung River in a Navy patrol boat. Pick up Colonel Kurtz's path at Nu Mung Ba, follow it and learn what you can along the way. When you find the Colonel, infiltrate his team by whatever means available and terminate the Colonel's command.

General Corman: He's out there operating without any decent restraint, totally beyond the pale of any acceptable human conduct. And he is still in the field commanding troops.

Colonel Lucas: You understand, Captain, that this mission does not exist, nor will it ever exist.

In each case, the person who terminates (or carries out a termination) is the "terminator"—a term that, according to print evidence, goes back to at least the 17th century. Nonhuman "terminators" have also existed since that time.

… sweat (as I said before, is a common terminator of malign Fevours)….
— Gideon Harvey, A theoretical and chiefly practical treatise of fevors …, 1674

Additionally, 17th-century astronomers designated the dividing line between the illuminated and the unilluminated part of the moon's or a planet's disk terminator. Here, the sense of terminate being applied to form the noun is "to serve as an ending, limit, or boundary of." The Roman terminus also served as a boundary, making it a terminator.

We have to stop now, but rest assured we'll be back.