Woke is now defined in this dictionary as “aware of and actively attentive to important facts and issues (especially issues of racial and social justice),” and identified as U.S. slang. It originated in African American English and gained more widespread use beginning in 2014 as part of the Black Lives Matter movement. By the end of that same decade it was also being applied by some as a general pejorative for anyone who is or appears to be politically left-leaning.

If you frequent social media, you may well have seen posts or tweets about current events that are tagged #staywoke. Woke is a slang term that is easing into the mainstream from some varieties of a dialect called African American Vernacular English (sometimes called AAVE). In AAVE, awake is often rendered as woke, as in, “I was sleeping, but now I’m woke.” 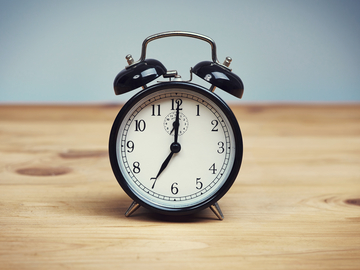 'Woke' is increasingly used as a byword for social awareness.

It can be hard to trace slang back to its origins since slang’s origins are usually spoken, and it can be particularly difficult to trace a slang word that has its origins in a dialect. Woke’s transformation into a byword of social awareness likely started decades earlier but began to be more broadly known in 2008, with the release of Erykah Badu’s song “Master Teacher”:

Stay woke became a watch word in parts of the black community for those who were self-aware, questioning the dominant paradigm and striving for something better. But stay woke and woke became part of a wider discussion in 2014, immediately following the shooting of Michael Brown in Ferguson, Missouri. The word woke became entwined with the Black Lives Matter movement; instead of just being a word that signaled awareness of injustice or racial tension, it became a word of action. Activists were woke and called on others to stay woke.

Like many other terms from black culture that have been taken into the mainstream, woke is gaining broader uses. It’s now seeing use as an adjective to refer to places where woke people commune: woke Twitter has very recently taken off as the shorthand for describing social-media activists. The broader uses of woke are still very much in flux, and there are some who are woke to the broader implications of woke:

“Woke” feels a little bit like Macklemore rapping in one of his latest tracks about how his whiteness makes his rap music more acceptable to other white people. The conundrum is built in. When white people aspire to get points for consciousness, they walk right into the cross hairs between allyship and appropriation.
—Amanda Hess, New York Times, 16 Apr. 2016