'Apricity' and Other Rare Wintry Words 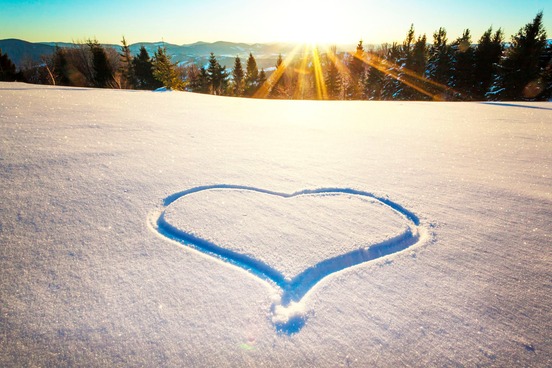 : the warmth of the sun in winter

This word provides us with evidence that even if you come up with a really great word, and tell all of your friends that they should start using it, there is a very small chance that it will catch on. Apricity appears to have entered our language in 1623, when Henry Cockeram recorded (or possibly invented) it for his dictionary The English Dictionary; or, An Interpreter of Hard English Words. Despite the fact that it is a delightful word for a delightful thing it never quite caught on, and will not be found in any modern dictionary aside from the Oxford English Dictionary.

“These humicubations, the nocturnal irrorations, and the dankishness of the atmosphere, generated by a want of apricity, were extremely febrifacient.” Lorenzo Altisonant (aka Samuel Klinefelter Hoshour), Letters to Squire Pedant, 1856 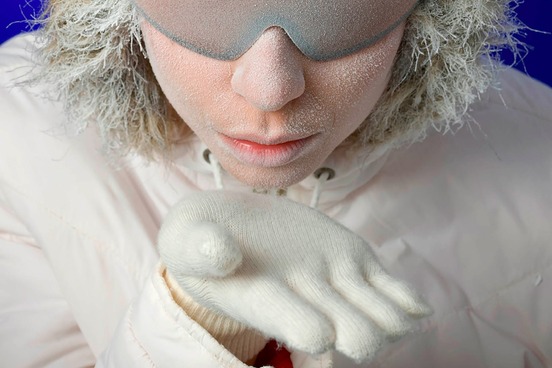 : of or relating to winter

The English tongue has never been accused of being deficient in its collection of synonyms and near synonyms. It often appears that the language decided (if languages can decide things, which they cannot) that if it was good to have one word for a thing then having a half dozen must be better. And so we find ourselves with a large number of words having to do with describing winter. If you are tired of describing things as wintry, you can instead say that they are hiemal, hibernal, winterish, or brumal.

“In the far North, it hibernates several months; on the Canadian border, this hiemal slumber lasts only for some weeks, with more or less frequent emergences during intervals of moderation…” Ernest Ingersoll - The Skunk, Calmly Considered, in Wild Neighbors, 1897 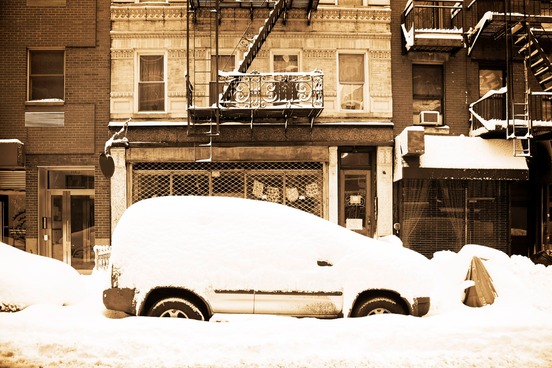 : situated or occurring under the snow

The simplest way to describe this word (at least for those unfortunates who reside in the Northern parts of the United States) is to ask you to imagine your car in the months of January or February. Having a pretty word to describe this when you are scraping and digging away to rescue your vehicle will not make the task any more enjoyable, but it’s always nice to have another pretty word. Another lovely word dealing with snow, of similar origins, is niveous, which means “of or relating to snow: resembling snow (as in whiteness): snowy.”

“Pouch-shin was no longer playing a solitary Jack-in-the-box, but, in all likelihood, he was under the huge body of the savage monster, in the act of being torn to pieces by his teeth, or perhaps drowned in the subnivean stream.” Mayne Reid, Bruin: The Grand Bear Hunt, 1866 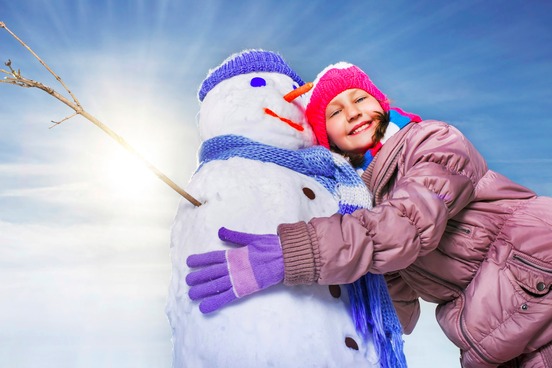 : thriving at a relatively low temperature

Psychrophilic was not coined in order for you to describe someone who prefers that the temperature of your home or office be freezing; this prickly looking adjective is generally used to refer to bacteria or similar organisms. In the event that you choose to use it in a figurative manner there’s no one who can stop you. An organism (or roommate) that thrives in a low temperature is a psychrophile (not to be confused with thermophiles, which do well in hot temperatures, or mesophiles, which do well in moderate ones).

“Nearly all specific properties of psychrophilic enzymes described in this chapter have been studies in vitro.” K. S. Siddiqui & T. Thomas, Protein Adaptations in Extremophiles, 2008 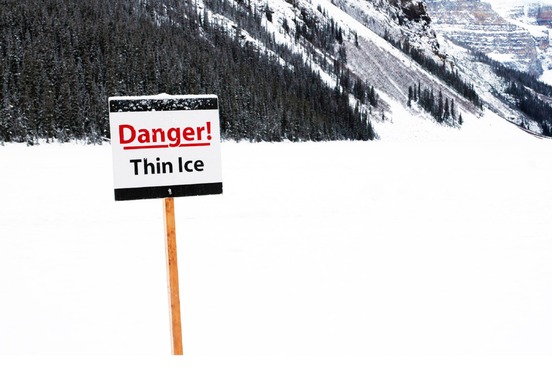 : a condition among the Inuit that is characterized by attacks of disturbed behavior (as screaming and crying) and that occurs chiefly in winter

No one is entirely certain what causes piblokto (and some scholars in recent decades have expressed doubts that it actually exists at all), but what is fairly certain is that it sounds like a nasty way to spend the winter. Imagine if you had not only to perform through your normal routine of shoveling the walk outside your house and navigating the many additional layers of clothing that winter necessitates, but in addition had to do all this while in a state of hysteria.

“When an Eskimo is attacked with piblokto indoors, nobody pays much attention, unless the sufferer should reach for a knife or attempt to injure some one.” Robert Edwin Peary, The North Pole, 1910 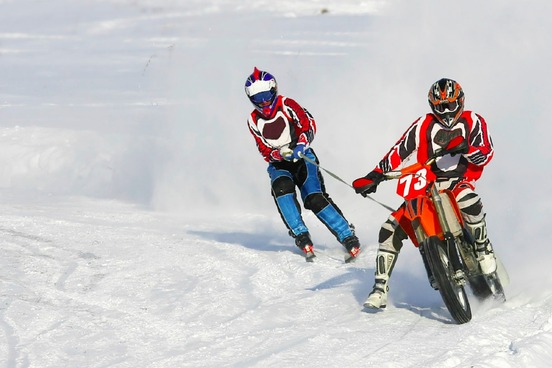 : a winter sport in which a person wearing skis is drawn over snow or ice by a horse or vehicle

Skijoring sounds a bit like the ill-advised sport your inebriated cousins engage in, when they attach some skis or a sled to the back of a pick-up truck and drive until one of the participants meets with a tree. Such activities may indeed qualify as skijoring, but the sport is also a fairly old pastime in certain Northern European countries. The word has been in use in English since at least 1904, when the Illustrated Sporting and Dramatic News featured a two-page illustration of the sport, with a gloriously mustachioed fellow being pulled through the snow by a pair of horses. The caption to the picture noted that “To the inexperienced a fall may be very serious, owing to the pace at which he is moving.” Make sure you tell that to your cousins when they suggest it this Christmas.

“Skijoring is what they call it in Norway and it is the most popular outdoor sport in the land of the midnight sun.” The Oregon Daily Journal, February 6, 1904 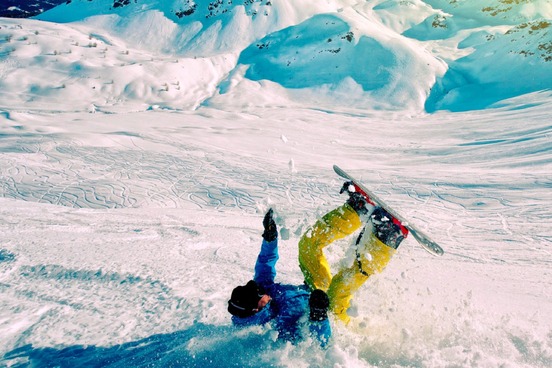 : a depression left in the snow by a skier falling backward

Even though the English language is almost indescribably rich and varied in terms of its range and vocabulary, we have a relative dearth of words to apply to the physical evidence of doing a specific thing poorly. In light of this, words such as sitzmark, which refers explicitly to the dent or hole left in the snow by a skier’s rump, should be celebrated.

“The Sitzmark discloses certain marked advantages over the Telemark, another rudimentary means of stoppage—chief among which is the fact that you are probably already in position to execute it.” The Princeton Alumni Weekly, March 27, 1936 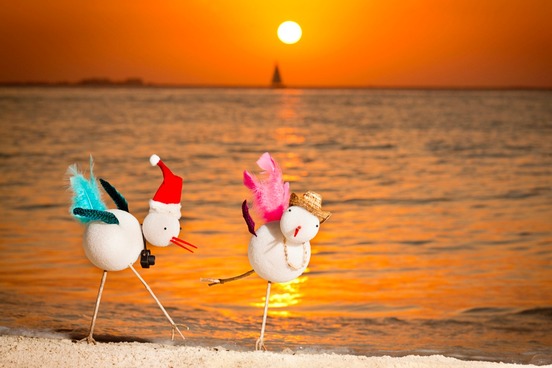 : one who goes to a warmer region for the winter. Also, a cocaine addict

It’s always nice to be reminded that generations before ours were often preoccupied with the same bad habits as are people in the current day, and furthermore, that these ancestors of our had slang words for these bad habits, just as kids today do. The use of the word snowbird in reference to cocaine may sound like a fairly recent application, but it actually dates over a hundred years, being used from at least 1909 (although it initially was used to describe a cocaine dealer, rather than a user of the drug). The druggy use of this word is actually older than the one to describe a person who goes to Florida for the winter.

“O’Keefe, in a conversation with Patrolman Ackerman, who has been assigned to investigate the cocaine traffic, admitted that he foregathered with the “snow-birds” of South Portland and got his supplies from them.” The Morning Oregonian, July 18, 1911 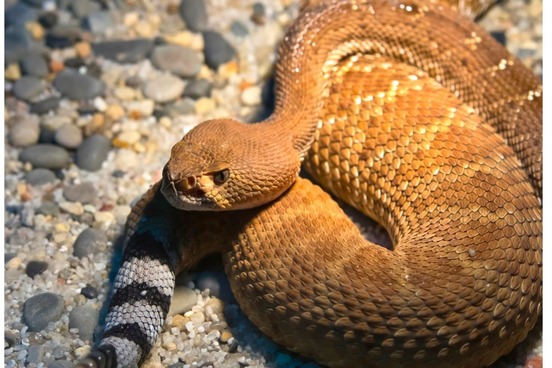 : a state or condition of sluggishness, inactivity, or torpor exhibited by reptiles (such as snakes or lizards) during winter or extended periods of low temperature

Brumation is the creation of the American zoologist Wilbur W. Mayhew, who coined in a 1965 paper on the hibernation of the Horned Lizard, as he thought there needed to be a term that distinguished between the wintertime habits of cold and warm-blooded animals. There is, as best we can tell, no independent word to describe the winter sluggishness and inactivity of people. 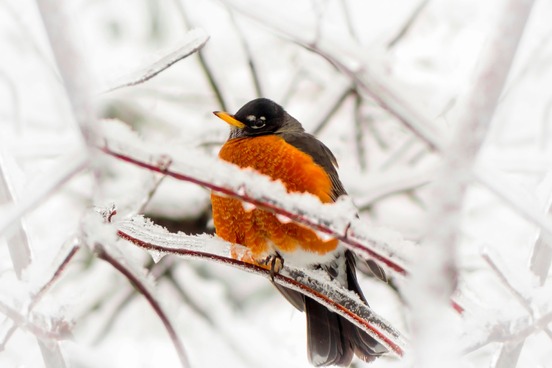 : of or relating to early spring

Some people find that knowing a word for a certain thing makes them pay it greater attention. Chances are very high that, after having slogged through the cold and gloom of several months of winter, you will not need to be reminded that spring is just around the corner; in the event you are the sort of person who overlooks the slight warmth of a breeze foreshadowing the end of winter, or misses the crocuses beginning to flower, it may be handy to carry around with you a word for the beginning of this new season.

“Songbirds begin to sing early in the primaveral season, the Blackbird often in January, and the Thrush soon follows.” Thomas Furley Foster, The Pocket Encyclopædia of Natural Phenomena, 1827 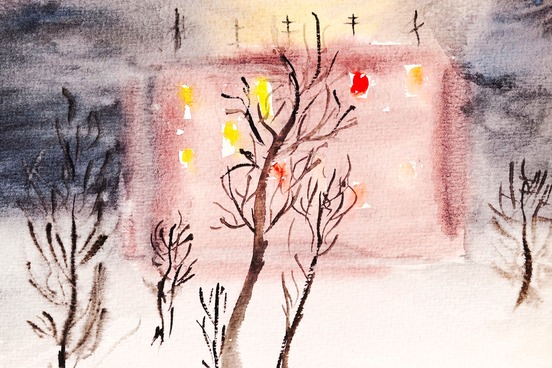 : depression that tends to recur chiefly during the late fall and winter and is associated with shorter hours of daylight — abbreviation SAD

It is unclear whether the abbreviation for this condition was intended as a pun or not, but seasonal affective disorder has been diagnosed since the early 1980s. It seems fairly certain that people have been suffering from it for millennia prior to this.

The bright side of SAD, if there can be said to be one is that it tends to be as perennial in its disappearance as it is in its arrival. And, hey, it sure beats piblokto.