Darkle: Is It The Opposite of Sparkle?

An unusual word found its way into our top lookups recently: darkle.

It seems that the spike in lookups was driven by a Reddit user who posted the following with a link to our definition:

TIL [Today I learned] there is a word that is the opposite of sparkle and it is "darkle."

The Merriam-Webster dictionary doesn't list sparkle and darkle as opposites, though; it lists them as rhyming words. So, is darkle the opposite of sparkle? 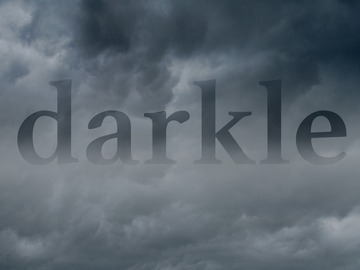 As the definition shows, darkle has three meanings: "to become clouded or gloomy," "to grow dark," and "to become concealed in the dark."

The meaning of sparkle that is closest to qualifying as an antonym of darkle is "to give off or reflect bright moving points of light." That meaning, though, is not directly opposite any of the meanings of darkle—not in the way hot is directly opposite of cold, or prove is opposite disprove. Darkle and sparkle are better thought of as near antonyms—they're excellent contrasting words that have the added charm of rhyming with one another.

Darkle has seen relatively little use since it came on the scene around 1800—though if the people who've been looking the word up start using it, that could change. The word comes from an adverb, darkling, that's about 350 year older; it means "in the dark," as in, "We wandered darkling in the woods." There's also an adjective darkling, which earliest evidence dates to 1718. That word can mean "done or taking place in the dark"—as in "a darkling journey"; or it can mean "deeply shadowed or shaded," like "in a darkling forest"; or it can have to do with what is figuratively dark—that is "mysteriously, threateningly, or uncannily dark or obscure," as in "a darkling glance" or "darkling secrets."

Both the adjective and adverb darkling are at home in literature. We find the former in Joseph Conrad's The Secret Sharer: "The side of the ship made an opaque belt of shadow on the darkling glassy shimmer of the sea." And the latter appears in Shakespeare's King Lear: "So out went the candle, and we were left darkling."

And these days we find darkle on social media—for the time being, anyway—where people are talking about it being the opposite of sparkle. And, well, it's pretty close.