The Opposite of 'Incorrigible'

Why do we use incorrigible and not corrigible?

An incorrigible liar is the worst kind of liar: one that is beyond the reach of correction or reformation. It's much better to have (or be) a corrigible one.

But you don't hear people saying corrigible. Is it even a word? It is – albeit one that's rarely used. 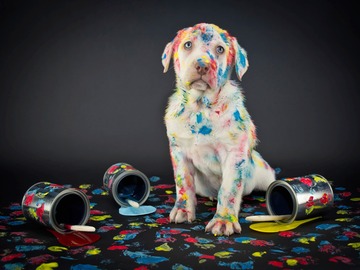 Incorrigible entered English in the early 14th century, one of thousands of Latin-based words that appeared in English during the Middle Ages, carried to Britain by the Norman French. It comes ultimately from the Latin prefix in-, meaning "not," and the Latin verb corrigere, meaning "to correct." When incorrigible first appeared in English, it was used of someone or something so depraved that they were beyond correction.

It has softened since the 14th century, gaining the additional meanings "unmanageable" and "unalterable," and it appears in more positive contexts these days: We have evidence in our files of "incorrigible optimism," "incorrigible dignity," and "an incorrigible romantic." There's even an Incorrigible beer – an ale from New Holland Brewing that's made using wild yeast.

But for every no, there is a yes: the word corrigible, the opposite of incorrigible, came into English later, in the early 15th century. When it does appear, it most often refers to someone or something that is able to be corrected, reformed, or made right.

We're not quite sure why corrigible never caught on the way its older cousin did, but you'd certainly be correct to use it. One might say the obscurity of the word itself is corrigible – subject to change, depending on how many people use it.