The history of 'nother' goes back longer than you'd think

Nother is a real word which functions similarly to other and another, and its use traces back to the early 14th century. In the late 19th century it became more common to see the word nother paired with whole, constructing the phrase a whole nother. The reason this is often seen as an error today is because this phrase is used almost exclusively in dialogue or to represent informal speech in writing.

The job of lexicographers would be quite a bit easier if they could just take requests. Imagine the freedom of getting to browse Twitter, see which words and usages bother people the most, then just… ignore them? We might even get out in time for happy hour.

But alas, we'll need to take a rain check on those margaritas because nother, despite how it may appear, is in fact a real word. 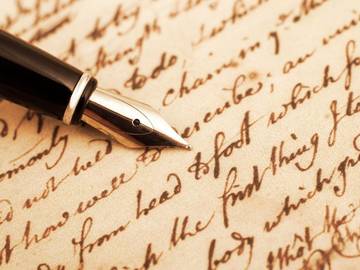 “I don’t know what we shall do if we have to be a whole ‘nother day in the house and in the dark.”

The rules of inclusion and exclusion are governed more by usage than sentiment, and nother has a history that goes back centuries. The Oxford English Dictionary has citations for the word dating back to the early 14th century, and you don’t have to look very hard in the subsequent centuries to find evidence of nother functioning in much the same way as other or another.

For discrecion is a vertue the whiche without fautynge leadeth a man to the ryghte waye inclynynge or wauerynge no more on the one syde than on the nother….
—Thomas Paynell, The Assaute and Conquest of Heuen, 1529

Now it seemeth time to go forwardes with the Muscles of other partes, ther fore those of the nother iawe let vs sée how they may be deciffered.
—John Banister, The Historie of Man Sucked from the Sappe of the Most Approved Anathomistes, 1578

….yet are you farre deceyued if ye think that there is no nother word of god but that which euery sowter and cobler do reade in their mother tong.
—Alexander Alesius, Of the Auctoritie of the Word of God Agaynst the Bisshop of London, 1544

Beginning in the 18th century, we find a decent amount of its use in personal letters (particularly those written by those who are either unfamiliar with traditional orthography, or do not much care for it).

I am Sorrey to Enform you the Indens have Stopt all the Jentlemen from going down the River In the first place the Indens Kild one Murphy a trader and wounded and a Nother and Robed the Canews which Elarmed the Jentlemen verey Much….
—Valentine Crawford, Letter to George Washington, 7 May 1774

that is all the pieces of my hood ther is a nother piece jist the same sise.
—Nettie Oblinger, Letter to Jessie Roesch, January/February 1894

Nother Gets Paired with Whole

By the late 19th century we begin to see whole paired with nother (typically with an apostrophe):

”Will the fog be gone by to-morrow morning?” said Patty, dosconsolately. “I don’t know what we shall do if we have to be a whole ‘nother day in the house and in the dark.”
—Mrs. Molesworth, The Story of a Spring Morning, 1890

I, however, besought Mrs. Salyer to let the boys have one day at home, and at last gained her consent; and when we were once more in bed, and conversation had languished, and Ponto was thumping the floor with his tail again, Keats raised his head from the pillow to murmur, sleepily, but rapturously “Gee-oh,—a whole ‘nother day at home to-morrow!”
—Lucy S. Furman, Mothering on Perilous (in Century Magazine), 1911

Sometime around the middle of the 20th century people began to notice it and decry it as a linguistic abomination. No one minded the phrase “no nother word of god,” but they certainly would if someone said “that’s a whole nother thing for god to say.”

One possible reason for this change could be that its early 20th century use is almost exclusively in dialogue, or to replicate uneducated writing.

”Was there a strike here?” I asked innocently. “A year and two months,” she replied almost scornfully, as if any fool ought to have known that. “Why, they used to have five hundred people working here, and now there only about sixty. They had a whole ‘nother floor besides this.”
—Life and Labor, (Chicago, IL), Jun. 1920

And with the higher neckline that is not always collared—the separate fur pieces certainly have their little fling. But that’s a whole ‘nother article….
—Press and Sun Bulletin (Binghamton, NY), 20 Oct. 1932

Isn’t this just the best world you ever lived in? I’ve had such a scrump time! I’ve lived a whole ‘nother lifetime in the last 18 months.
—The Cincinnati Enquirer, (Cincinnati, OH), 3 Jul. 1933

Based on the evidence, we have to ultimately rule that nother is indeed a word. It may be informal, but the fact that so many people are talking about it means that it very much exists.