No, Jane Austen Did Not Invent Baseball

The word dates back at least as far as the 1740s

When did baseball begin? We don't mean the sport, but the word itself. Many people currently view an article from The Brooklyn Eagle in 1845 as providing the earliest evidence of the word used to describe the American version of baseball.

A Great Match At Base Ball.--This afternoon, at 2 o’clock, the New York Bass Ball Club play a match at ball with the Brooklyn Club at the Elysian Fields, Hoboken. The interest attached to this match will attract large numbers from this and the neighboring city.
—The Brooklyn Daily Eagle, 21 Oct., 1845 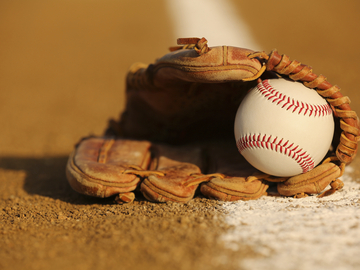 The myth that Austen invented the word 'baseball' comes from the Oxford English Dictionary's inclusion of a quote from Austen's novel Northanger Abbey as an early example of the word's use. But the OED never claimed that Austen coined the term.

However, this is far from the earliest use of the word, and is not even the earliest use of the word in North America. Base-ball may be found in North American use at least as far back as 1791, when a hand-written bylaw was presented at a town hall in Pittsfield, Massachusetts, with the intent of preventing ball games from breaking the windows of the new meeting house in that city. An image of the original document can be found on the Berkshire Athenaeum’s website.

Be it ordained by the said Inhabitants that no Person, an Inhabitant of said Town, shall be permitted to play at any Game called Wicket, Cricket, Baseball, Batball, Football, Cat, Fives or any other Game or Games with Balls within the Distance of Eighty Yards from said Meeting House __ and every such Person who shall play at any of the said Games or other Games with Balls within the Distance aforesaid, shall for any Instance thereof, forfeit the Sum of five schillings to be recovered by Action of Debt brought before any Justice of the Peace to the Use of the Person who shall sue and prosecute therefor _____
—ByeLaw for the Preservation of the Windows in the New Meeting House, 5 Sept. 1791

Although this is the earliest known use of the word in a North American source, it is not a great candidate for the title of "first use of baseball." The word did have another life before referring to our national pastime of gradual inebriation, yelling at umpires, and watching men hit and catch a small ball. The thing that makes it so confusing is that earlier uses of baseball were used to describe a game that originated in Britain, and which also had balls, bases, and bats (this form of baseball is commonly called rounders).

There are a number of other instances in which baseball comes up in North American sources prior to its use in The Brooklyn Daily Eagle, although most lexicographers do not accept this as evidence of the sport’s name in its modern incarnation.

Then comes a sun burnt gipsy of six, beginning to grow tall and this, and to find the case of the world gathering about her … her longing eyes fixed on a game of base ball at the corner of the green, till she reaches the cottage door, flings down the mop and pitcher, and darts off to her companions.
—The Souvenir (Philadelphia, PA), 10 Sept., 1828

So what is the earliest use of the older variant of baseball? It’s a bit confusing. There is assumed evidence that the word was in use since 1744, when the first edition of a book titled A Little Pretty Pocket-Book was thought to have included the word (“they divert themselves at base-ball”). However, there are no copies of the first nine editions of this work extant; the earliest surviving edition is from 1760. The Oxford English Dictionary does have a citation for the British variety of base-ball from 1748, written in a letter.

So which one of these is the earliest use of baseball? That all depends on which sense of the word you are interested in finding the first use of. It should be noted, however, that it is highly unlikely that we have found the earliest reference ever made to this sport, and so the first known use of the word may change. This has happened in the recent past: the second edition of the Oxford English Dictionary (published in 1989) had a citation from Jane Austen’s Northanger Abbey (1817) as their earliest known evidence of the word baseball (“and it was not very wonderful that Catherine, who had by nature nothing heroic about her, should prefer cricket, base ball….”)

The OED never made any claim that Austen invented the word, but that did not stop a number of people from assuming that this somewhat improbable event had happened. We do not know who first compounded the nouns base and ball, any more than we know who first took a stick and hit a ball with it. We may never have the answer to the question of where baseball comes from, and should perhaps come to terms with the word’s enduring mystery. If you feel the need of having some degree of certainty in this matter, there is one thing that we can tell you with finality: Jane Austen did not invent it.