'Whereabouts': is it singular or plural?

The whereabouts of conclusive advice about whether whereabouts is plural or singular has historically been elusive. We're here to correct that. These days it's more often than not plural:

A warrant was issued, but his whereabouts were unknown.
— The Barrie (Ontario) Examiner, 13 Mar. 2017 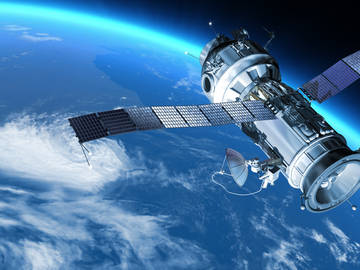 The use in that quote is typical, but such was not always the case. Whereabouts was during the 19th century thought of as either singular or plural, with a distinct—at least in literary texts—leaning toward singular:

The whereabouts of the Oldest Inhabitant was at once settled when I looked at them.
— Nathaniel Hawthorne, The Scarlet Letter, 1850

... he gave it out that her whereabouts was uncertain and her destiny probably obscure….
— Henry James, The Tragic Muse, 1890

... being as much of a farmer, and as extensive a farmer, as himself, her probable whereabouts was out-of-doors at this time of the year.
— Thomas Hardy, Far From the Madding Crowd, 1874

She has been married three years ... when suddenly her whereabouts is discovered by her first husband….
— Sir Arthur Conan Doyle, Memoirs of Sherlock Holmes, 1894

But wait, you might say. This is stupid: whereabouts ends in -s. It's obviously plural. Why would anyone have ever considered it to be singular? To which we say, ah, but we're talking about English here. There's history to be accounted for.

The final -s in whereabouts (and thereabouts) may look like a plural ending but it isn't one. The noun is derived from the adverb whereabouts, and the -s is actually an adverbial suffix. That's right: there's a suffix that looks just like the thing that makes a word plural but that actually marks it as an adverb. (You can't make this stuff up.) We see it in always and besides too. Go figure.

Always and besides have never complicated things by becoming nouns, of course. But whereabouts has. While some were historically persuaded by the adverbial origins of the word's -s that the noun's true status was singular, these people are now decidedly in the minority. You should have no qualms about using whereabouts with a plural verb, no matter your own whereabouts.