The Sartorial Secret Behind the 'Schneid'

Oh, the unhappy state of a team on the schneid: its players are downtrodden, their spirits sinking lower as each game lost is followed by yet another game lost. But when the winds change, and a game is won, the joy of being off the schneid is a balm soothing to the soul. There is nothing so gladsome as the cessation of a schneid!

That opener may be a bit more flowery than the usual schneid-employing paragraph, but it does the job of showing the word in action. A schneid is, as the paragraph makes clear, a losing streak. What the paragraph doesn't make clear is that the word schneid is also slang. You can't say we didn't tell you. 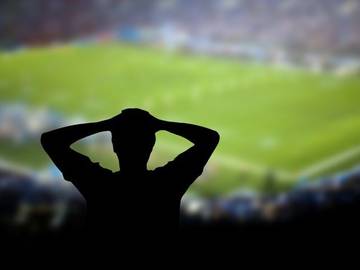 You'll get 'em next time. Or , uh, maybe the time after that.

As one might guess of a word that means "losing streak," schneid is primarily a sports term. But its origins lie in a realm emphatically less athletic than your average sport: the world of card games.

Before schneid referred to a losing streak (a use our current evidence dates to the late 1960s) the word was used to refer to a failure to score a point in gin rummy. It was short for schneider, which has been used with the same meaning but also has an earlier meaning from a different card game: in skat, schneider means (among quite a few other things—it's a complicated game) "having scored 30 or fewer points."

Skat is Germany's national card game. It was invented in the early 19th century and is very popular there and anywhere else Germans settle in any numbers. Schneider too is popular where Germans are—it's a common surname that has its origins in an occupation; in German Schneider means "tailor."

We don't know how or why, but a number of idioms relating to tailors came to settle into the language of the game of skat. The idiom aus dem Schneider sein is used to mean "to have scored more than 30 points"; it translates literally as "to be out of the tailor." Meanwhile (im) Schneider sein and Schneider werden in skat mean "to score less than 30 points," but translate literally "to be/become a tailor" and "to be in the tailor."

Of course a word is not its etymology, and one need not feel bad for the tailors in one's life when using the term schneid. In English, it's a perfectly fine (slang) term for "losing streak." And when your favorite team is, heaven forbid, in the throes of a schneid perhaps having the history of the word at your disposal will serve as succor to your anguish (as they say on Monday Night Football).