How the Turkey Got Its Name

Turkeys, the bird closely associated with Thanksgiving, were first encountered by the Spanish in Mexico. However, given the prominence of the Ottoman empire, the English at the time habitually renamed “exotic” exports with “Turkish” titles, so maize was known as “Turkish wheat,” and turkeys were known as “Turkish-cocks,” which was later shortened.

Such an American creature, the turkey.

Although geese and ducks were more likely the main dish at the 1621 feast we've come to know as the first Thanksgiving, it's the turkey that has long graced Americans' Thanksgiving tables (however unwillingly). The choice is historically a utilitarian one, and the association is so strong that "Turkey Day" has been an informal name for the holiday since at least 1863 — the year President Lincoln made the holiday official.

Tomorrow is turkey day, gobbler’s day, or the day when the gobbler is gobbled.
—Hartford Courant (Hartford, CT), 23 Nov. 1870

Rumor has it Ben Franklin even wanted it to be the national bird. But its name—turkey—calls to mind ancient and exotic locales—more Anatolia, Mount Ararat, or Istanbul than Jamestown, Plymouth Rock, or New Amsterdam. What's such a New World bird doing with such an Old World name? 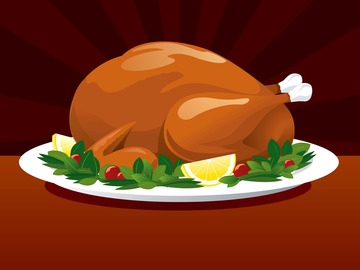 The English gave the Turks credit for any number of new imports in the 16th century. Even pumpkins were known as Turkish cucumbers.

Why Turkeys Are Named After Turkey

When the Spanish arrived in Mexico in the 16th century they encountered the already-domesticated common turkey, Meleagris gallopavo. They apparently liked the bird; turkeys were among the plunder they took back to Spain around 1519. By 1541, the birds had arrived in England. In those days the Turkish Ottoman Empire was at its peak, and the English had Turkey (with a capital-T) on their mind. The English gave the Turks credit for any number of new imports: maize was Turkish wheat, and pumpkins were Turkish cucumbers—though both were actually New World plants. To paraphrase Cindy Ott in her 2012 book Pumpkin: The Curious History of an American Icon, if it was exotic, chances are it got a Turkish appellation. So the new bird was soon being called a turkey-cock, eventually shortened to turkey.

Then the turkey—imported from Mexico by the Spaniards and transported to England—was reintroduced to the New World, arriving in eastern North America in the 1600s. The forests of the northeast were already populated with wild turkeys, but the forerunner of the turkey that we roast is the European-bred-but-originally-Mexican bird. Perhaps fitting, as the turkey was just as much a newcomer to New England in 1600’s as the Pilgrims were.

However, the curious path of turkey (both the word and the bird) didn’t end there. The word worked its way into many English phrases such as “talk turkey” and “quit cold turkey,” and the bird managed to become the Thanksgiving staple we know today.