When Did 'Campaign' Become Political?

'Campaign' comes from a word that means 'open country' or 'field'. How did it become political?

Every political season, a number of people decide that they are sick and tired of hearing about politics. A familiar refrain is that the campaigns run far too long, a seemingly interminable olio of debates, television ads, and speeches. While we cannot do anything about the length of these campaigns, we can at least provide you with a wealth of information regarding the history of the word itself. 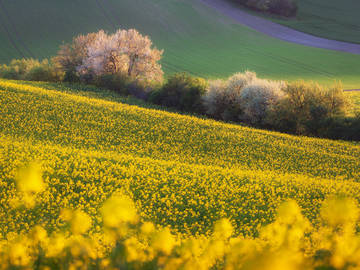 By the mid-1600s, 'campaign' had become a military term. A 1656 dictionary defines it as a “word much used amoung Souldiers, by whom the next Campaine is usually taken for the next Summers Expedition of an Army, or its taking the field.”

The earliest use of campaign in English strongly reflects its etymology, as it is found used in the sense of “a tract of open country.” The first known use of the word currently is from the late 16th century.

Likewise also many of the Catholikes did iudge that their Chieftaines did manifestlie amisse in this, that they did prepare themselues to giue battaile directlie in a place where the Campaine of Beause did end, considering that al their force was in their footmen, and the Princes in his horsemen….
-John Poleman, The Second Part of the Booke of Battailes, 1587

By the middle of the 17th century, the word had begun to be applied to military matters, which is logical enough, since at this time it was common for soldiers to “take the field” once weather conditions permitted. Thomas Blount, in his 1656 dictionary Glossographia, makes mention of this in defining campaign as a field: “A word much used amoung Souldiers, by whom the next Campaine is usually taken for the next Summers Expedition of an Army, or its taking the field.”

Campaign has had a small variety of other meanings over the years, such as “a strip or excursion into the country (especially in summer),” and “the working life of a blast-furnace lining.” However, the one which we are most likely to hear of today is the political one (“a series of operations or efforts designed to influence the public to support a particular political candidate, ticket, or measure”).

When did campaigns become political? A long time ago. The British appear to have been the first ones to think of specific political endeavors as campaigns, as the earliest citation for this sense come from mid-18th century England.

It cannot seem strange, after premising these Observations, that I offer a few Remarks on the Methods made use of for opening the present political Campaign.
-R. Freeman, The Daily Gazetteer (London, Eng.), 2 Feb. 1739

_A Critical History of the Last Important Sessions of Parliament, Which Probably put a Period to B---sh Liberty, With an Enquiry into the Conduct of the Principal Leaders in that Political Campaign.
-(Title of work), By a Member of the House of Commons, 1742

Campaign trail is a relatively recent addition to our language, appearing at the end of the 19th century.

Then says he to me, very suddenly, ‘say Sam, I’ve been on the campaign trail all day and am dead broke; can’t you ask me in to take something warm?”
-“Cooldodger,” The Galveston Daily News (Galveston, TX), 29 Oct. 1884

And in case you were wondering, when campaign emerged as a verb, it was at the end of the 17th century; Giovanni Paolo Marana’s 1692 book The Fifth Volume of Letters Writ by a Turkish Spy Who Lived Five and Forty Years Undiscover'd at Paris contains the line “I’m always Campagning on the Frontiers of Good and Evil.” Which, even though it was written well over three hundred years ago, sounds like it would make for an excellent slogan for a modern day political campaign.