What's the Past Tense of 'Creep'?

The past tense of creep meaning "to move slowly" can be crept or creeped, with creeped being the less popular word. However, in the context of creep out referring to the sensation of creepy things, the past tense is always creeped out.

Oh, the colorful past (tenses) creep has had! There's been creeped, crep, crop, crope, crup, and even, um, crap. 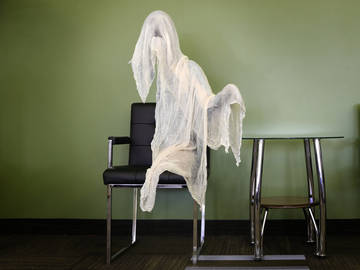 Despite all that wonderful variety, crept has been the dominant past tense (and past participle) form since the 16th century: "They crept down the stairs an hour ago, and now they have crept back up."

But since the 1970s, creeped has been showing impressive gains in published, edited text, and we're finding increasing evidence of it where formerly only crept could readily be found:

The [National Oceanic and Atmospheric Administration] released a series of images and animations on Monday featuring the moon's shadow as it creeped across the lower 48 states.
— Andrew Freedman, Mashable, 21 Aug. 2017

Lopez's pitch count creeped past his maximum velocity and he was pulled after allowing those two runs, four hits and three walks with six strikeouts on 102 pitches covering six innings.
— Paul Skrbina, The Chicago Tribune, 11 Aug. 2017

In each of these examples, crept could just as well be expected. But there is a particular use in which creeped is the preferred past tense form. In fact, it's the only past tense form:

A 1997 edition of "The Bad Seed" comes adorned with a photograph of a macabre doll that bears an odd resemblance to a girl I sat next to in fifth grade. A girl who creeped me out.
— Joe Queenan, The New York Times Book Review, 6 Dec. 2009

In this example, creep isn't its usual self. It's combining with out to form a phrasal verb. (Quick review: a phrasal verb is a verb plus a preposition or adverb—or both—that conveys its own meaning. Creep out is a phrasal verb in "That story creeps me out," but is a regular verb followed by a preposition in "The chipmunk is creeping out of its hole"; in the latter one, the creep and the out are just doing what they normally do as independent actors.)

We don't know why the phrasal verb creep out always forms its past tense (and past participle) with creeped. The phrasal verb is an extension of a 500-year-old verb meaning ("to have the sensation of being covered with creeping things") that is no more likely to form its past tense as creeped than any of the other senses. But something about the late-20th century phrasal verb just seems to demand creeped.

One possible influence is another verb that is only a few decades older:

I couldn't answer the telephone; I seemed unable to achieve the animal happiness of people on TV, so I had to stop watching it; mirrors freaked me out; I read every Agatha Christie book; I once thought I'd lost my shadow. I was on automatic pilot.
— Douglas Coupland, Generation X, 1991

Freak out dates at least as far back as the 1960s, and can appear in similar contexts as creep out. Could it be that the past tense form of freak out as freaked out made creeped out just sound right somehow? We don't know, but the idea doesn't creep or freak us out at all.