Yes, you can use 'done' to mean 'finished'

The difference between done and finished is not apparent to many people. These two words are used interchangeably by a good portion of the English-speaking population, often following the word I’m, and serving to indicate that the speaker has completed some task, episode, or other thing. There is a very good chance that some of you reading this may have made it through life so far without ever having heard that one of these words might be problematic. And then there are the rest of us, who have at some point finished dinner, stretched luxuriantly, and declined a second helping by saying “I’m done,” only to be curtly informed “People are finished; a cake/meat/the roast/dinner is done.” 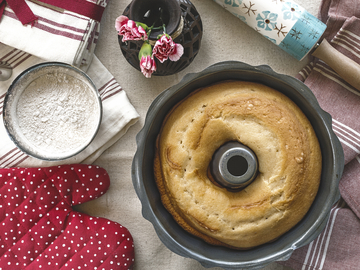 Though some individuals object to the use of 'done' to mean 'finished', few usage guides agree with them.

Old Rules for "Done" and "Finished"

We are not entirely certain where the prohibition against using done to mean finished came from. The Merriam-Webster Dictionary of English Usage notes that done has been used as an adjective, in the sense of “finished,” since at least the 14th century. There is a more recent usage (this is a be done sense, rather than the older have done sense), which seems to be the one that people don’t much care for, and this one dates to the second half of the 19th century.

The earliest warnings we’ve seen against using done for finished come in H. N. MacCracken and Helen Sandison’s Manual of Good English from 1917. Most usage manuals of the 20th and 21st century do not make note of this matter. Theodore Bernstein, the author of a number of guides to language in the middle of the 20th century, did include an entry warning readers to distinguish between them, although he later changed his mind about this. Bernstein may have also been the person responsible for the culinary aspect of the “people are finished; food is done” dicta.

The word [done] should not be used in good writing to mean finished or completed. It is proper to say “the roast is done,” but this does not mean it is finished; it means the roast is sufficiently cooked.
—Theodore Bernstein, The Careful Writer, 1965

The “food is done” line has been a very successful one, and still appears occasionally today.

When you have finished eating, please don’t say that you are done. People are “finished.” Cakes are “done.”
—Lydia Ramsey, Dottie Walters, Manners that Sell: Adding the Polish that Builds Profits, 2008

It should be noted that there are very few, if any, contemporary guides to English usage which take the position that people cannot be done; this prohibition, when found in print, tends to come from guides to manners, or in writing guides published online by an individual.

One of the problematic aspects of English usage is that we have accumulated so many rules, strictures, and prohibitions over the centuries that there is really no way that anyone could possibly speak more than a sentence or two without saying something that offends the ear of someone. For instance, have you ever used the word dilapidated? If so, did you use it to refer to something that was made of stone? Because if you didn’t, you were using the word, according to some usage guides of yore, in error, as dilapidated comes in part from the Latin word lapis, meaning “stone,” and so should not be used to refer to a wooden house.

The "rule" against using done in reference to a person is not so archaic and outmoded as the admonition that one should only use dilapidated to refer to things made of stone, but it still is not based on any logical grammatical rule. You needn’t worry about using done, but if you find that using it now makes you uncomfortable, yet don’t care for the sound of finished, some usage guides recommend using through instead.