What Kind of Word is 'Galore'?

Is it an adverb? An adjective? A noun?

Galore means "in large numbers or amounts," making it a synonym of useful words like abundant and plentiful. But its charm lies not in its meaning but in its sound and syntax.

Galore doesn’t sound like one of our run-of-the-mill Germanic or Latinate words, and for good reason—it's one of a relatively small number of Irish borrowings in the English language. It comes from the Irish go leor, meaning "enough," and dates to the early 17th century. It also takes an odd position in phrases: it's used postpositively, which means that it follows the word or words it modifies. 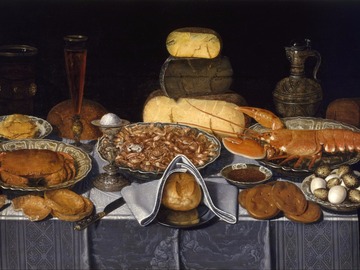 'Galore' was originally defined as a noun, as in the phrase "galores of bread and cheese." But only sailors use it that way now.

That the word was originally defined as a noun may strike the modern reader, familiar with phrases like "problems galore" and "bells and whistles galore," as completely foreign. But the lexicographers who added the word to the 1864 dictionary were assessing the evidence available to them, which was likely in keeping with the early 19th century evidence later included in the Scottish National Dictionary—such phrases as "by that time I had galore" and "galores of bread and cheese." We don’t know if the editors themselves had ever used the word. We only know that they felt compelled to leave a note about its usage: "This word is not now used except in some parts of England, and by sailors."

We haven't verified the sailor part, but the writers of the usage note were only partially correct about the other assertion: the Dictionary of American Regional English (the volume covering D-H having been published in 1985) includes exactly two 19th century noun examples of galore, gathered in Missouri and Connecticut: "treating all comers to galore of drink" and "the little boys took galore of apples." There's also a 1947 example from the northwestern U.S.: "There's a galore of 'em [=Rocky Mountain Sheep] beyond the Yellowstone." That the noun is rare—and has been for at least 150 years—is nonetheless clear.

But what about the other function labels attached to the word? Our editors went back and forth a bit over the years on whether galore was an adjective or an adverb. Such discrepancies in treatment for a single word are unusual; lexicographers are generally very good at identifying a particular word's part of the speech. In the case of galore, however, two factors came into play. First, it's likely that the word wasn't part of the dialect of the editors in question. Several dictionary editions labeled the word as colloquial or chiefly colloquial. Add to this the word's unusual postpositive position, and one can see how in a phrase like "someone who has money galore" galore might have been interpreted as modifying the verb have rather than the noun money. It's apparent that as the word became more commonly used its function became clearer to our lexicographers. Many of our citations from over the past 50 years or so show galore modifying a series of nouns (as in "birthday celebrations, anniversaries, galas, festivals galore"), making the adverbial interpretation less likely.

We do have a few definitive examples of galore as an adverb. One is from a letter written by Harold Laski sometime between 1916 and 1935: "Novels, of course, I've read galore." Here, galore means "in abundance," as the word was historically (and adverbially) defined by our editors. In nearly all the other examples, however, it's used in phrases like "bargains galore" and "flavors galore," clearly modifying a noun. Which is why we've settled on "adjective" as the function label. Of course, if the evidence changes, we'll reassess.