What Does 'Equinox' Mean?

The vernal equinox marks the beginning of spring. So why does the word refer to 'night'?

Most of us in the Northern Hemisphere eagerly await the vernal equinox, or the day every spring when the day and night are finally of equal length. We count down as the long nights of winter wane and the long days of summer approach. Equinox comes from the Latin words aequi, which means "equal," and nox, which means "night." 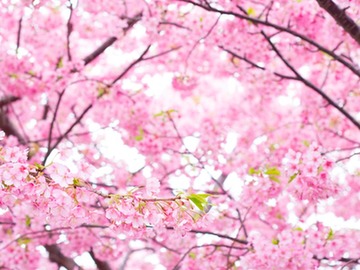 The vernal equinox is considered the first day of spring: finally, the day and night are of equal length.

But why does equinox refer to night? After all, the thing we miss the most in deep December is the daylight, not the night.

For most of Western history, the position and movement of the sun and stars at particular points during the year were used for everything from navigation to causality. (Ever hear people complain that everything's going wrong because Mercury is in retrograde?) Ancient astronomers came up with the idea of the celestial sphere, or a giant sphere that the earth sits within and on whose surface all the stars are found. You only see half of that sphere at once, and if you've ever been to a planetarium, this is a good approximation of what the celestial sphere looks like from earth: a concave half-dome with us at the center.

Astronomers in the ancient world knew that the position and movement of the stars and constellations on the celestial sphere changed throughout one solar year. Without knowing about the tilt of the earth, or its orbit in relation to the sun and other planets, they attempted to make sense of what they saw, and how they did that was to track the movement of the constellations in comparison with the sun and the moon. They needed a "zero point" from which they could measure the movement of the stars, and they chose the vernal equinox as that starting point.

These measurements were vital for accurate navigation and helping chart things like weather, and we see that in the Latin uses of aequinoctium. Julius Caesar notes in his firsthand account of the Gallic Wars that he took the equinox into consideration when planning sea forays into Gaul, and Cicero writes, "If Publius is waiting for the equinox, as you say Aledius tells you, then he must be going by sea. But he told me he was going by way of Sicily" (Cicero, Atticus 12.28.3; translation by E. O. Winstedt, 1912).

It goes without saying that stargazing is a lot easier to do at night than during the day, and given the importance of the stars in Roman life, it's not surprising that they chose to highlight the night in naming the equinox. English borrowed the name in the 14th century, when it was first used in an astronomical treatise written by Geoffrey Chaucer.