No need to panic

It can be difficult to distinguish between two words when they are spelled in similar fashion, contain a common root, and both have definitions which relate to the same topic. English has a regrettable number of pairs which might be described in this fashion, but in this case we are referring to endemic and epidemic. 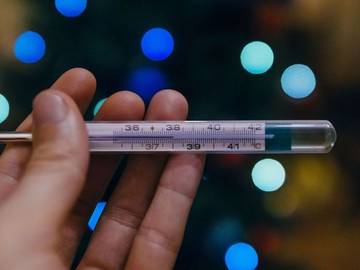 'Endemic' is mostly found as an adjective meaning “characteristic of or prevalent in a particular field, area, or environment.”

For those who are in a hurry, and just need to know the quick answer, the Merriam-Webster Dictionary of English Usage has the following advice: “Medically speaking, endemic describes a disease that is constantly present to a greater or lesser extent in a particular place; epidemic describes a severe outbreak of a disease affecting many people within a community or region at one time.” For those of you who wish to explore further this matter, or who just need something halfway interesting to look at while you pretend to work, read on.

Both epidemic and endemic came into English around the beginning of the 17th century, and the words share the root Greek dēmos, meaning “population." The prefix epi- comes from the Greek word meaning “on, at, besides, after,” and en- from en, meaning “in.” Epidemic was preceded slightly by the now-obsolete epidemical (which carries the same meaning).

This great Phisitian, seeing his countrie afflicted with a certaine epidemicall disease and cruell pestilence, that did roote out all the people, counselled them to cause to be lighted great store of fires throughout all the countries, to purge and driue away the euill ayre.
— T.W., A pleasant satyre, 1595

Endemick is a common sicknesse, and yet for all that proper to some one country or region: which is as much to say, as a regional, or prouincial sicknesse: For there are certain regions and places which by a peculiar propertie in themselues engender certaine kindes of infirmities, which are particular only to the inhabitants of that region, either by occasion of the aire, or the waters in that country.
— Thomas Lodge, A treatise of the plague, 1603

Both endemic and epidemic have taken on senses outside of science or medicine, although even in these figurative meanings the words tend to remain aligned with their initial meanings. While endemic may be a noun, it mostly functions figuratively as an adjective, meaning “characteristic of or prevalent in a particular field, area, or environment.”

I talk more about shame in my next section, but suffice it to say for now that their implicit disavowal of any negative affect manifests itself as a kind of tonal dissonance and internal contradiction, and these symptoms shine a light on deeper structural problems endemic to the field.
— Cynthia Quarries, Journal of Modern Literature, Winter 2018

Epidemic carries its non-technical meanings as both adjective (“contagious,” “excessively prevalent”) and noun (“an outbreak or product of sudden rapid spread, growth, or development”).

There is, for sale, a perfect epidemic of pottery of every kind and shape, and in the subtly planned gardens Mrs. Watt’s heroic-shaped vases and urns are frothing over with summer flowers.
— Ella Hepworth Dixon, The Sketch (London, Eng.), 2 Aug. 1911

Since the time when the bankers, Ward and Fish, were over a year ago, dragged from their luxurious homes and punished and disgraced by the avenging hand of the law they had outraged, there has seemed everywhere over the country to be a glorious epidemic of law….
— Mississippian (Jackson, MS), 2 Aug. 1887

For those who are tired of correcting other’s misuse of endemic and epidemic, and who would like a more obscure topic to harp on, we may offer you epizootic (“an outbreak of disease affecting many animals of one kind at the same time”). Some usage guides urge writers to reserve the use of epidemic for humans, employing epizootic for such occasions as when one is describing an outbreak of chytridiomycosis.