“What is normal?” is a question that has been posed innumerable times (in both rhetorical and non-rhetorical functions), performing titular service for blog posts, explanatory talks, songs, and a myriad of other forms of media. Often the role of this question is to show how certain widely accepted concepts are merely recent social constructs, and that what is considered ‘normal’ is a fluid sort of thing. We are of course a dictionary, not arbiters of social matters, and so must restrict our opinions on what is ‘normal’ to lexical matters.

What is normal is a fluid sort of thing. 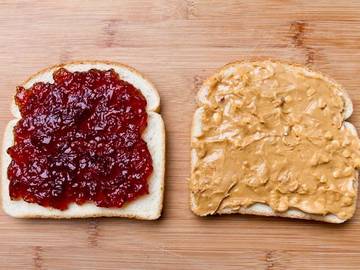 Normal came to English around the 17th century, from the Latin normalis, which means "made according to a carpenter's square, forming a right angle.” This “right angle” sense was among the earliest of those applied to normal in English.

That from any point assigned in the circumference of a Circle (that is normaly quadrisected) may be drawn a right Line, so that the parts intercepted both ways by the Circumference and Diameter, may be equal to the Radios of the Circle.
— Thomas Baker, A Catalogue of the Mathematical Works of the Learned Mr. Thomas Baker, 1683

In Late Latin normalis had a number of extended meanings, such as “according to rule,” and these were also adopted into English in the 17th century. Edward Phillips, in his 1658 dictionary The New World of English Words, defined normal as “done exactly, according to the rule, or square”; Thomas Blount’s dictionary of 1661 defined it as “right by rule, made by the Square or Rule.”

There were other things normal could mean in the 17th century. There is evidence of the “according to, constituting, or not deviating from an established norm, rule, or principle” meaning coming at the same time as those mentioned above. A number of these employ normal to modify judge, in a manner that is similar to the “according to rule” meaning.

As here, God was the personal Judge of this, so his Word must ever be the Normal Judge of all controversies.
— Joseph Caryl, An Exposition with Practical Observations, 1653

Hence doth flow, that the Scriptures may be justly called a Judg; not proclaiming outwardly the sentence, but deciding the question as a Law, and so it may be called a judex normalis, a normal Judg, being it is a discerner of the thoughts and intents of the heart.
— James Salgado, The Romish Priest turn'd Protestant with the Reasons of his Conversion, 1679

In present day, normal is perhaps most often used to mean “conforming to a type, standard, or regular pattern,” or “you know…regular.” But types, standards, and regular patterns (or what is considered “regular”) undoubtedly shift, and even when static are largely subjective things. Lexically, the definition of normal has continued to change and grow, and today may also mean (among many other things) “occurring naturally,” “of or relating to the training of teachers,” or “containing neither basic hydroxyl nor acid hydrogen.” You know....regular.