On ‘Hopepunk,’ ‘Mannerpunk,’ and a Range of Punky Genres

Do you feel optimistic about the future? Well, do ya, punk?

A few years ago, the term steampunk entered the lexicon for a style of science fiction or fantasy writing, set mostly in 19th-century societies, in which much of the technology is either powered by steam or reminiscent of the kind of machinery that blossomed during the American Industrial Revolution: coal-driven locomotives, brass diving bells, mechanisms outfitted with levers and gears, and the like.

Both the term and genre (attributed to the sci-fi author K. W. Jeter) were introduced as a kind of response to cyberpunk, referring to science fiction set in urban societies dominated by computer technology. Cyberpunk is closely associated with the work of writers such as William Gibson or the darkly digital universe that Harrison Ford navigates in Blade Runner. 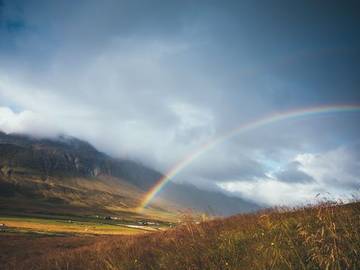 Hopepunk was coined by writer Alexandra Rowland in 2017.

Branching off from steampunk, a number of other –punk-suffixed genres have subsequently been introduced, with some getting more play than others. At Slate, Lee Konstantinou writes that the list of such fringe categories is “long to the point of parody,” among them stonepunk, clockpunk, salvagepunk, and solarpunk.

One subgenre that has emerged is hopepunk, which finds its narrative motivation in the idea of optimism—embodied in acts of love, kindness, and respect for one another—as resistance.

The Handmaid’s Tale is a dystopia, yes, a genre that seems a little too real right now. But it’s also hopepunk: people are fighting, people are building support systems, people are making change. Change IS possible.
— Autostraddle, 15 Sept. 2017

According to Aja Roman at Vox, hopepunk was coined by a writer named Alexandra Rowland in 2017, intended as a counterpoint to grimdark, an existing term for a speculative genre that utilizes bleakly dystopian themes of violence, amorality, and despair.

A comparable branch is mannerpunk, which heightens the importance of etiquette—as demonstrated in the comedies of Shakespeare or the novels of Jane Austen—either as a force for societal change or as a constraint within which characters must operate.

But though the ghosts and spells found within its pages mark it as imaginative fiction of some sort, “Sorcerer to the Crown” eludes finer classification. It’s set in a fantastic Regency period rather than the pseudo-Victorian-and-Edwardian eras more usual to gaslamp fantasy, and it lacks the elegant duelists associated with mannerpunk.
— Nisi Shawl, The Seattle Times, 20 Sept. 2015

The –punk suffix handed down from cyberpunk into these hints toward the alienation and anti-authoritarian sentiment that is often manifested in the punk subculture. By attaching the suffix to subjects such as hope, kindness, and respect, those subjects—perhaps once considered very much as belonging to the establishment—can be portrayed as instruments of change.