What is Health Span?

The term life span is familiar to most of us. The word has a relatively new frequent companion: health span. A person's health span is the length of time that the person is healthy—not just alive.

The term life span is familiar to most of us. Its full definition in this dictionary is:

1 : the average length of life of a kind of organism or of a material object especially in a particular environment or under specified circumstances

2 : the duration of existence of an individual 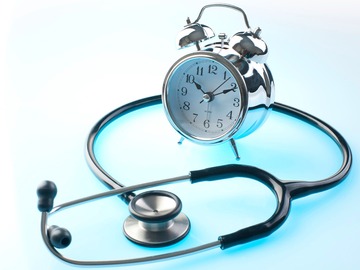 The term dates to the 19th century and continues to be useful in phrases like "the average life span of a typical house cat" and "things people can do to increase their life spans."

The word has a relatively new frequent companion: health span. A person's health span is the length of time that the person is healthy—not just alive.

The earliest evidence of health span that our preliminary research has turned up is from the late 1980s:

"A revolutionary increase in life span has already occurred. A corresponding increase in health span, the maintenance of full function as nearly as possible to the end of life, should be the next gerontological goal." — John W. Rowe and Robert L. Kahn, Science, 10 July 1987

But there's been an uptick in use in recent months:

"The equipment and supplies that when used by the right people give us longer life spans and health spans are well worth their cost, but they don't come cheap." — Dave Denslow, The Gainesville (Florida) Sun, 9 Aug. 2015

"… I have played a key role with prolonging the health span of the people in my care through ongoing counseling and education … " — Kimberly Isburg, The Des Moines (Iowa) Register, 14 July 2015

Sometimes the term has no space between its parts:

"… researchers are working to understand the biology of aging to extend the "healthspan" of older adults rather than emphasizing lifespan, which can involve tacking on a few extra months for the seriously ill." — David Templeton, The Pittsburgh Post-Gazette, 9 Dec. 2014

(That's true of life span too. While life span has been the most common styling for the word's, um, life span, we do see evidence of both life-span and lifespan.)

One more word about health span: it's a proper noun too. As a closed compound (with no space) it's the name of an Ohio health insurance company and a British mail-order company, to name just two.