Look at Mr. Cheery over here.

For all the Internet offers, it sure does come with a lot of drama. Bickering in comments sections, thirsty attention seekers on Instagram. If you spend any significant time online you’re likely to encounter some odd and difficult personalities. 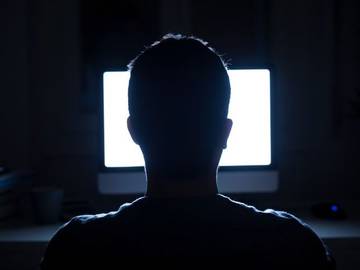 Digging deeper, though: The person responsible for the above tweet purports to be “very sarcastic” in their Twitter bio, which suggests a different, though equally troubling, motivation beneath the movement. Perhaps this is just the work of amateur edgelords on Twitter, thirsty not for Ted Bundy, but for retweets.
— Amelia Wedemeyer, The Ringer, 31 Jan. 2019

Swinging, thick-skinned ("I'm an egomaniac: I don't care what people say as long as they say something"), Ethan moves powerfully through the world -- but we, like Olivia, don't know him, and his Internet-savvy disregard for rules, plus his possibly savage misogyny, make him seem, as she says later, "dangerous." At first, Olivia draws sympathy: She has dreams, high standards. She is awed by his success: "What do you even worry about?" Ethan, digital edgelord, respects the old ways less.
— John Timpane, Philly.com, 15 Feb. 2018

One is that Jeong’s tweets should be taken neither seriously nor literally, just a bit of harmless Edgelord trolling. This is something denizens of the alt-right often say when caught making Holocaust jokes on the Internet — they are just messing around with forbidden things.
— W. James Antle III, The Washington Examiner, 9 Aug. 2018

Edgelord is one of those words that already sounds made up before you even know what it means. It sounds like a character from a video game or fantasy RPG, which is probably not an accident.

The word has taken hold to refer to one who makes wildly dark and exaggerated statements (usually on an internet forum) with the intent of shocking others. There is usually a tone of nihilism to such remarks, the kind that might be flagged by a counselor as anti-social behavior.

Even from its earliest uses, the word carries the connotation of eye-rolling skepticism. The edge in edgelord comes from expressions like cutting edge or the idea of being edgy, applying a sense of boldness or unconventionality to such behavior; the lord half elevates such a person ironically with the rank of a deity or member of British nobility, with echoes of Voldemort, Sauron, and other dark-spirited, villainous characters who hold that title.