Perhaps the most basic sensations known to humans are expressed by the words hungry and thirsty. Both come from Old English roots, and both are words as old as English itself. Both are also words that have been used figuratively (“hungry for knowledge,” “thirsty for attention”) for nearly as long as they have been used with their literally nourishing meanings: the Oxford English Dictionary records these figurative uses to the 12th and 9th centuries respectively. 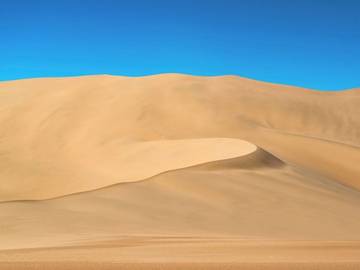 'Thirst' and 'thirsty' have recently taken on figurative meanings that include “desperate for attention, affection, or approval.”

It shouldn’t surprise us that this shift from the literal to the figurative came so soon with these particular words. After all, expressing some kind of need or desire must be one of the earliest uses of language. The word avid, a synonym for these figurative meanings, may be accurate but seems distant and technical by comparison.

Some examples of this figurative use from around the year 1600 show us in what contexts thirsty was used:

an Emperour so ambitious, and thirsty of honour

hungry and thirsty after gods word

you see my sword's not thirsty for your life

In modern English, the kinds of words that typically follow thirsty for include the following:

Interestingly, the words typically used with thirst for are different—violent and political rather than abstract and bureaucratic:

Thirst and thirsty have more recently taken on intensified figurative meanings on social media that include “desperate for attention, affection, or approval”:

Unsurprisingly—this is the internet, after all—this definition quickly extended to “desperate for romantic attention or approval of one’s attractiveness.” Use of thirsty in this way keeps avidity in the realm of the carnal, with all that such imagery entails, incorporating a sense of urgency, immediacy, and physicality. It’s a usage that goes beyond “eagerness” to words like “lust” and “greed,” which are used in some of the Urban Dictionary entries for thirst. Indeed, just as hunger and thirst are primary biological imperatives, one could say that a primary motive of social media is most simply expressed as: “look at me!”

“Look at me!” is the most basic definition of another thirst derivative on social media: the thirst trap. A refined twist on selfie culture, a thirst trap is often a photo used to entice a response, usually in the form of praise, compliments, or more explicit expressions of ardent desire. It was first defined in Urban Dictionary in 2011, with the following sober definition:

any statement or picture used to intentionally create attention or “thirst”

An early use of the term in the mainstream press also provides a useful explanation:

The GQ giants names [Rihanna] Queen of the Thirst Trap, which they define as: "the act of disingenuously posting sexy photos-while suggesting the subject of the photo is something else entirely-in an effort to elicit the lust (thirst) of followers." We like this definition.
— Jess Wilson, The Mirror, 3 December 2013

This being a largely visual phenomenon, Instagram is a primary locus for the thirst trap where there’s even a hashtag, #thirsttrapthursdays. Many of these might be confidently identified as NSFW, but the term has clearly spread to have broader applications, with healthy doses of internet irony. Thirst trap is entering mainstream language and journalism:

Indeed, it seems to me that this is what is happening with the idea of the “thirst trap” — shorthand, in its way, for a woman (or Idris Elba) owning her (or his) sexuality and deploying it when, where, and how she sees fit.
— Brendan O’Connor, theawl.com, 28 October 2014

Its use is now even becoming figurative itself—a metaphor on top of a metaphor—as it becomes used in ways that don’t reference a photo on social media but rather something that could or should attract attention in real life, with the term’s meaning consequently broadening, much as we now also use bandwidth to mean “mental or emotional capacity” or troll to mean “to harass or criticize” or viral to mean “suddenly popular”:

And, as with so much in social media, too much thirst can easily cause regret:

me: i won’t fall into another instagram thirst trap spiral