The News On 'Nontroversy'

There's nothing to see here, but there is something to read.

Nontroversy (also hyphenated non-troversy) is a word brought up on social media, in journalism, and in other public forums because some people tend to make a big deal about little things, like not tucking in your shirt when participating in a professional golf tournament or dancing in celebration during an NFL game that you won, that simply aren't a big deal to most people.

Nontroversy is a blend of the negative prefix non- and the word controversy—in other words, it negates the existence of a controversy. It's most often used to refer to a media story that is related to some hot-button topic meant to spark controversy, but which in actuality is perceived by the masses as insignificant or false sensationalism and is quickly forgotten or dismissed. 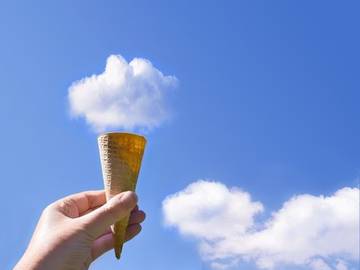 The word controversy is an etymological nontroversy: it entered Middle English with the spelling controversie in the 14th century, via Anglo-French, and is ultimately from Latin controversus, meaning "disputable" and, literally, "turned against." The Latin root is a compound of contro- (akin to the prefix contra-, meaning "against") and versus, the past participle of vertere, meaning "to turn." Controversy, which denotes disputation, contention, and debate, is the oldest in its word family. Originally, it referred to arguments or disputes over legal rights or claims. By the 15th century, it turned to arguments concerning differences of opposing personal opinions. Today, such controversies are conducted publicly in the media and at length.

I tell him his biographers will trace throughout northern Germany a legend of his dog-devotion which will cause weeks of controversy in the Times!
— Edith Wharton, letter, 24 Aug. 1913

With a controversial new ad, Gillette joined the ranks of Nike, Starbucks, Pepsi and others in stirring up a storm of controversy in social and other media. Gillette's 1:48 video, entitled "We Believe: The Best Men Can Be," takes on the issue of toxic masculinity, bullying, sexual harassment and other forms of bad behavior highlighted in the #MeToo era. Not surprisingly, the ad has garnered both accolades and vitriol.
— Peter Horst, Forbes, 18 Jan. 2019

One relative of controversy is the now-archaic verb controverse, which was given voice in the 15th century. Initially, it meant "to fight or contend." By the mid-16th century, it came to refer to the act of stirring up controversy, debate, discussion, argument, etc.—and then faded out.

To controverse with mine Adversity, Is but with unarm'd Brest to pierce a sword.
— Arthur Warren, The poore mans passions, 1605

Controverse was also used as a synonym of controversy throughout the 16th to the 18th century.

Disagreements, arguments, and discussions producing controversy began being described as "controversial" by the latter half of the 16th century, which is rather surprising since the noun controversy goes back to the 1300s. Controversal as an adjective has also appeared in English almost as long as controversial, but etymologists view it as a typographical error.

The questions and causes controversal between us and Sathan….
— John Downham, Christian Warfare, 1604

Controversy has always been sensational—and, at times, pointless. In the 18th century, the phrase "to draw the saw of controversy" was used to express that point. Influenced by the back-and-forth motion in the sawing of wood, it means "to keep up a pointless dispute."

But I will simply declare, (having neither leisure nor inclination to draw the saw of controversy concerning it) what are my present sentiments with regard to the thing....
— John Wesley, letter, 24 Mar. 1768

Nontroversy is the "coolest" (insofar as words can be cool) of the family's heated lexical line, and it is of fairly recent formation.

Another big story, Omarosa's taping and her firing and what she means about the diversity not in this White House. Controversy or nontroversy? What do you say?
— Chris Cuomo, quoted on CNN, 13 Aug. 2018