What Does Your 'Gut' Tell You?

And should you listen to it?

Guts! Everyone’s got them, but how often do we really stop and think about them? If you’ve eaten something a bit off recently you may well be thinking of your guts as you read this, but this is not actually about your digestive tract; we’re going to look at the word gut. 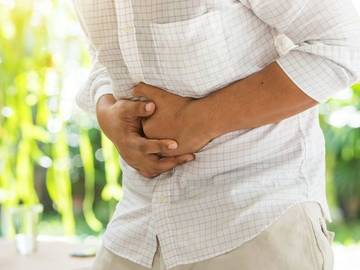 You can have them, hate them, trust them, or bust them. But why?

Gut has been with us for a very long time, coming into modern English from the Old English guttas (which is a collective plural, as is our guts). While it may not be the most dignified word in your lexical quiver, guts has not always been the uncouth cousin of viscera; the Oxford English Dictionary defines it as “formerly, but not now, in dignified use with reference to humans.”

The earliest sense of guts was “bowels, entrails,” and while the word has picked up a number of other meanings over the past thousand or so years, many of them deal in some way with this area of the body, either literally or figuratively. Your guts may be your digestive tract, your belly, the inner workings of a thing, or “the basic visceral or emotional part of a person.”

Gut is also a verb, generally with meanings relating to the removal or destruction of something (it can mean “to eviscerate”, “to destroy the inside of,” or “to extract all the essential passages or portions from”). And the word also functions as an adjective, often in the sense of “arising from one's inmost self.”

The figurative gut (“the basic visceral or emotional part of a person”) and the adjectival gut (“visceral”) are often encountered today, particularly in idiomatic use. We hear of people having gut reactions, feelings, or instincts. All of these are fairly recent, dating from the 20th century, with gut reaction appearing to be the earliest.

Who knows but that Mr. Wylie is having one of those gut reactions the scientists babble about so freely these days!
— The Detroit Free Press, 16 Sept. 1928

Psychology has been reduced to “gut reactions”; the highest ethical conceptions have been explained away as merely a matter of muscle tensions.
— St. Louis Post-Dispatch (St. Louis, MO), 8 Oct. 1928

What he writes comes close as anything I’ve seen to expressing gut-feelings of a soldier during interminable days of going forward.
— The Bakersfield Californian (Bakersfield, CA), 19 Aug. 1944

When Dick Dorso tells Miller—“I’ve had experience with pilots, and I’ve got a gut instinct where they’re concerned.”
— The Los Angeles Times, 12 Nov. 1964

Another common gut idiom is bust a gut, which may meaning either “to work or try extremely hard,” or “to laugh very hard.” Both of these senses have been in English use since the 19th century

He had an idee that he was born to do sumthing desprate, so he was continually a drivin after some newfangled kink to make people talk about him, or bust a gut.
— Spirit of the Times; a Chronicle of the Turf (New York, NY), 11 Sept. 1847

We’ve been saying we hate someone’s guts for over a hundred years now; there is little, if any, lexical evidence to suggest that we ever love or adore this portion of a person.

I said to him he was foolish to talk of reaching the judges for a liquor license, that if Lena Cohen wants to employ me she knows where my office is, and he replied that she hates my guts.
— Wilkes-Bare Times Leader (Wilkes-Barre, PA), 31 Mar. 1914

Sometimes we say that our guts talk to us, and tell us things. Our guts may have been telling us things for a long time, but the phrase “my gut tells me” is recent addition to our way of saying “I’ve got a feeling about this thing,” as it only begins to appear in print in the late 20th century.

My loyalty and allegiance are with Ali, but my gut tells me Frazier.
— Philadelphia Tribune, 26 Jan. 1974

The above citation about a boxing match serves not only as a demonstration of early use of my gut tells me, but also as evidence of the inability of guts to prognosticate very well (Muhammad Ali defeated Joe Frazier). Your gut may talk to you, but that doesn’t mean you have to listen to what it has to say.