On ‘Suffice It to Say’

What exactly is the 'it' being sufficed, anyway?

The verb suffice, derived from the Latin sufficere, means “to meet or satisfy a need.” For the most part, it is used intransitively:

The deal is available all day during each breweries’ regular hours. Voters should bring proof: an “I Voted” sticker from a polling center or ballot selfie will suffice, organizers said.
— Rachel Riley, The Colorado Springs Gazette, 2 Nov. 2018

The VMAs should have had another artist (that knew Aretha Franklin better) deliver a speech, where the focus would have been Franklin and her huge body of musical work that she left behind, and how she influenced many. A live performance in honor of Franklin by an artist would have sufficed as well.
— Markos Papadatos, Digital Journal, 21 Aug. 2018 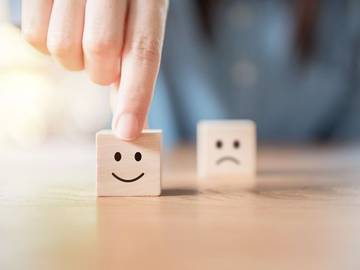 We could elaborate further, but suffice it to say we're happy with this stock photo.

Occasionally, suffice is seen in transitive use, with the object of the verb being the person whose needs are met. This use is found in some older literature but not so much today:

But the luxury of others was not what she wanted. A few years ago it had sufficed her: she had taken her daily meed of pleasure without caring who provided it. Now she was beginning to chafe at the obligations it imposed, to feel herself a mere pensioner on the splendour which had once seemed to belong to her.
— Edith Wharton, The House of Mirth, 1905

Suffice, of course, is related to the adjective sufficient, meaning “enough to meet the needs of a situation or a proposed end.” We often see suffice in the idiom phrased as either suffice to say or suffice it to say. The phrase introduces something that should on its own make a larger point clear:

Facebook has 1.49 billion daily users, according to public information posted by the company, itself. On top of that, the website boasts approximately 2.27 billion monthly active users. Suffice to say that when there are issues accessing the website, people take notice.
— Monica Busch, Bustle, 12 Nov. 2018

Last week, the service issued a hazardous snowstorm warning for parts of the Upper Peninsula. And then the deluge came for Detroiters. Suffice it to say they were less than happy with their first sloggy, slushy commute of the season.
— Fiona Kelliher, The Detroit Free Press, 13 Nov. 2018

You may notice something odd about suffice in these sentences: even though it’s a verb, it’s not conjugated. That is, it sort of functions independently of a subject and consequently doesn’t have an ending tacked on to help it agree with that subject. It’s just sort of … there.

There’s also the question of what that strange it is doing in the second example. Suffice it? Suffice what? Who or what is being satisfied here?

Grammar mavens consider suffice (it) to say to belong to the same category as other set phrases like so be it, be that as it may, Heaven forbid, and come what may, all of which are used without variance and without much thought about their peculiarity. It’s technically considered a form of the subjunctive mood.

Theoretically, suffice it to say could be rephrased as it is sufficient to say, with the it serving in the same capacity as it might in “it is hard to imagine,” a particle on which to hang the verb (is) for the sake of introducing a condition. So it is not an object of suffice here, but rather an introductory particle in an inverted construction. And since that it has no apparent function in suffice it to say, it gets dropped from the idiom by some speakers.