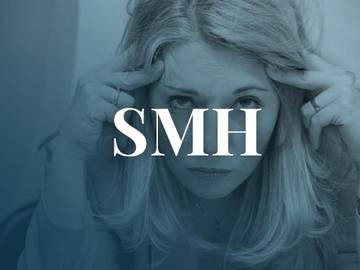 What does SMH mean?

SMH stands for "shaking my head."

Where did SMH come from?

How is SMH used?

SMH often is used to impart a sense of bemused incredulity.

What I was SMH about is -- why is she being so obnoxious about Julian's relationship with Alexis? Is she JEALOUS? Does she want him back?
— alt.tv.general-hospital, 7 Jan. 2016