On January 10, 2017, BuzzFeed published a dossier containing damaging allegations against president-elect Donald Trump regarding his relationship with Russia. Shortly after the report was published, millions of Americans were introduced to the Russian word kompromat. 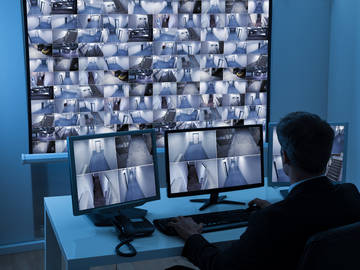 'Kompromat' is a Russian portmanteau of 'komprometiruyushchiy,' “compromising,” and 'material,' “material."

Kompromat refers to materials collected specifically for the purpose of blackmailing the target. It’s a Russian portmanteau of komprometiruyushchiy, “compromising,” and material, “material,” and if those Russian words look familiar, it’s because they are; they were borrowed into Russian from English.

The transliterated kompromat slowly leaked its way into English in the 1990s in stories surrounding the cronies and confidants of post-glasnost Russian President, Boris Yeltsin. It came to the attention of English speakers thanks to the 1996 election of Yeltsin’s ex-bodyguard and former KGB general Alexander Korzhakov. In 1996, he was dismissed from service after a squabble with the Russian Prime Minister Viktor Chernomyrdin; he immediately ran for a seat in the Duma and won. As soon as he reached office, he began to give dark hints about the sort of damage he could inflict on some members of the Russian government:

"Many people have something to be afraid of,” he told the newspaper Izvestia, implying that he might soon release a flood of kompromat, real or fabricated materials about tawdry financial schemes and other gross abuses of power.
— Chicago Tribune, 11 Feb. 1997

The Tribune article makes an important point that kompromat isn’t necessarily true. Early Soviet kompromat involved photo, film, and document doctoring, and physically planting drugs or incriminating evidence on targets. In more recent decades, kompromat has moved online: in 2015, the noted Soviet dissident Vladimir Bukovsky was arrested by the United Kingdom after child pornography was found on his computer, but the U.K. has yet to prosecute him as experts argue whether the images were planted electronically as kompromat.

Oddly enough, Russia and America have inspired each other’s language of espionage and resistance for the last century. Russian took from English the word provocation to create provokatsiya, or a way of goading (or provoking) a target (such as an individual or a government) into acting in such a way that the result could easily be used against the target. English stole apparatchik out of Russian’s pocket: the word refers to a Communist secret agent, and in Russian is made up of the word apparat, which refers to the political machine of the Communist Party, and the suffix -chik, which is used to indicate action or agency.

We’ve even stolen words back and forth between us. Agitprop was an early example: Russians borrowed the English words agitation and propaganda to form the name of a local committee of the Communist Party that was responsible for propaganda and agitation in support of communism: Agitatsionnopropagandistskiĭ otdel. This tongue-twister was shortened in Russian to Agitprop, which was promptly borrowed back into English in the 1920s to refer to the bureau that did this work, and then the propaganda itself. We can also thank Russian espionage for disinformation, an English borrowing of a Russian adaptation (dezinformatsiya) of the English dis- and information.

Kompromat is still often defined in running text, and it still often appears either in quotation marks or as an italicized word—two signals to lexicographers that it hasn’t fully slid into the English lexicon. But given the simmering tensions between the U.S. and Russia, it’s possible that kompromat may join disinformation and apparatchik in our dictionaries sooner rather than later.