What Does It Mean to Be 'Presidential'?

The word is older than the U.S. presidency, though it's taken on different meanings over the years

What does it mean to say that someone or something is presidential? Does it mean simply “relating to a president,” or “having the characteristics of presidential government”? Does it refer instead to the performing of functions delegated under the authority of a president (as in presidential commission and presidential agent)? Or does the word instead have some slightly more ambiguous and subjective mien, in which it denotes something along the lines of “embodying the dignity of the office of the presidency”? 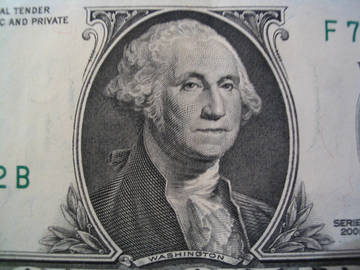 The use of 'presidential' to describe character goes back at least as far as the presidency of George Washington, though in its earliest instances it referred to the office of the presidency, not the actual president.

First Use of 'Presidential'

The word can mean all of these things, although there is more agreement on the use of some of these definitions than there is on others. The first sense of presidential came about in the late 16th century, well before the United States of America had a president to turn into an adjective.

And the Presidentiall Iudges, Prouost-Marshals, vnder-Balyfs, deputy Lieutenants and others which haue absolute power definitiuely and peremptorily to iudge, shall be bound, respectiuely to obey and satisfy the iurisdictions which shalbe inioyned them by the sayd Courts: altogether in such sort as they haue accustomed to do vnto the sayd Parliaments, vppon paine of being depriued of their estate and dignity.
—The Kings Edict and Declaration Vpon the Former Edicts of Pacification, 1599

For the next couple of hundred years presidential trundled along, content to apply itself primarily to modifications of non-U.S. presidents (since before our country came along it was not uncommon for president to have the meaning of “one who presides”). And then, at the end of the 18th century, we had to go and call our chief executive president, and the word began to take on a different character.

As far back as the term of George Washington, presidential was being used in reference to character, rather than power, although in the earliest instances it was describing the office of the presidency, rather than the actual president.

We have long been anxious to congratulate you on your appointment, by unanimous approbation, to the Presidential dignity of this country, and of testifying our unbounded confidence in your integrity and unblemished virtue.
—Levi Sheftal, (Letter to George Washington, on behalf of Mickve Israel congregation), Providence Gazette (Providence, RI), 3 Jul. 1790

In the first term of Thomas Jefferson this sense of presidential began to see more use, and to be employed more directly to the character or habits of the president himself.

They are then to be fastened to each other, in a semi-circular direction, so as to form what has been vulgarly called a Brush-Net; but to which Presidential language, disdaining vulgarity, will assign the more appropriate appellation of Sea-Scraper.
—The Albany Centinel (Albany, NY), 6 Jan. 1804

It may thus be practicable by adopting different systems in different States to perpetuate the presidential character of Mr. Jefferson, though against the real wish of a majority of the individuals.
—The Repertory (Boston, MA), 26 Jun. 1804

Presidential splendor breaks in upon him, like the effulgence of day, succeeding the gloomy shades of night.
—The American Mercury (Hartford, CT), 26 Apr. 1804

It should be noted that the use of presidential to mean “befitting the dignity and character of the presidency” did not always have to be applied to political figures. Banking figures, at least in the early 19th century, could be presidential as well.

Osgood is beside, father-in-law to Dewitt Clinton, naval officer of the port, and was lately a director of the Manhattan bank, which he declined in favor of the valiant Dewitt. Surely these are sufficient proofs of his presidential capacity.
—The Corrector (New York, NY), 28 Mar. 1804

Senses such as this can be difficult to pin down with any real certainty, as the qualities that are considered “befitting the office of the presidency” may vary from person to person, and from era to era. What one person considers to be presidential, another may feel is best described through the use of another adjective. As evidence of this we may look to a letter from the famed 19th century politician Daniel Webster, describing a presidential candidate who some felt was not terribly presidential: Andrew Jackson.

General Jackson’s manners are more presidential than those of any of the candidates. He is grave, mild, and reserved. My wife is for him decidedly.
—Daniel Webster (Letter to Ezekiel Webster), 22 Feb. 1824