This word is such an inspiration

Update: This entry was added in September 2019

Where do you get your inspo?

Your response to that question likely places you into one of two camps. You're either pondering the answer to our question, or you're pondering the question itself.

If you're in the former camp, you know that you can find inspo all over the Internet: for style inspo, there's that great fashion blog; for changing-the-world inspo there's your fave nonprofit's site; for language inspo there's—oh right, that's how you got here. 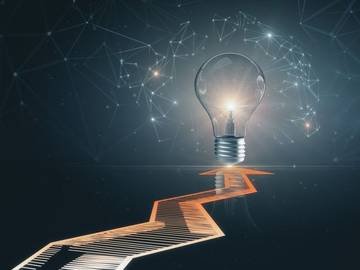 For those of you in the latter camp, you've likely caught on by now: inspo is a clipped and modified form of the word "inspiration." It follows in the footsteps of such esteemed lexical units as convo and rando (for conversation and random, respectively). What's not to love?

Inspo hasn't always been what it is now. At the turn of this century, the word inspo, often in the compound inspo-pop, referred to one thing: Christian inspirational music:

Denton, formerly with such groups as Ruscha and Identical Strangers, makes his debut with an album of tender ballads, inspo-pop, and soft rock.
— The Houston Chronicle, 7 Aug. 1999

That use is still current, but as the second decade of the current century got underway, the word inspo began to appear in mainstream publications with the meaning that is most common now. It seems to have first popped up in the UK:

Anna Kendrick chooses bloody great roles. Her IMDB page is a good place to start if you're looking for inspo for a Friday night DVD—Twilight, Up in the Air, 50/50, What to Expect When You're Expecting, Scott Pilgrim vs. The World.
— Company, December 2012

But it made it over the pond pretty quickly:

[In answer to the question "Who are some of the women who have influenced you the most?"]: Tina Fey. I love Chéri Oteri, Molly Shannon…. My mom, my sister, my grandma. And Michelle Obama, of course, just from being a strong woman. And from her arms! She's my arm inspo.
— Jessica Williams, quoted in Mother Jones, 1 Jan. 2014

… how exactly should you be wearing this season's big hitters? The A-list as always have been the first to snap up the key catwalk pieces so we're looking at them for a serious hit of new season styling inspo.
— Alice Watt, Marie Claire, 19 Apr. 2016

I found myself feeling like I had to share everything I did. And I mean everything: from my morning cappuccino to my favorite red sneakers to the latest inspo quote I came across.
— Bethany Mota, Cosmopolitan, September 2017

The word in its "inspiration" and "inspirational" uses has a definite informal flavor, but if you think it's likely to be understood by your audience there's no need to avoid it outside of formal contexts. With a little luck, your use will serve as inspo to others, which will help the word become established enough for dictionary entry. Inspiring, right?