In my arrogant opinion 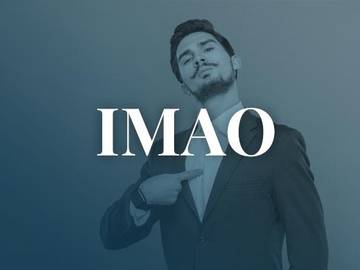 What does IMAO mean?

IMAO stands for "in my arrogant opinion."

Where did IMAO come from?

IMAO is an initialism from the internet and text messaging that plays off the earlier IMHO, in which the H (at least in our dictionary) is defined as humble, though usage evidence also sees honest fill the role.

How is IMAO used?

People fond of using IMAO in their texts and on social media might not be aware that it implies that they consider their opinion carries more weight than is warranted. IMAO stands for "in my arrogant opinion," and, well, being arrogant means you have an exaggerated sense of self-importance and tend to make excessive or unjustified claims.

There is also the inflated IMMAO ("in my most arrogant opinion"), if you so choose. You might also use IMNSHO ("in my not so humble opinion") if you feel the need to be subtly arrogant.