'Cromulent' is a perfectly...well, cromulent word.

There are plenty of TV catchphrases that have seeped into our lexical consciousness, but none of them has been as sly as cromulent.

Cromulent first appeared in the February 18, 1996 episode of The Simpsons called "Lisa the Iconoclast," in what could be considered a throw-away line given during the opening credits. The schoolchildren of Springfield are watching a film about the founding father of Springfield, Jebediah Springfield. The film ends with Jebediah intoning, “A noble spirit embiggens the smallest man.” One teacher at the back of the room leans over to another and says that she’d never heard the word embiggen before she moved to Springfield. “I don't know why,” the other teacher replies. “It's a perfectly cromulent word.” 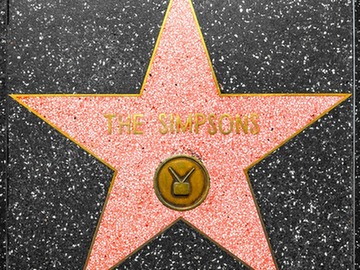 Though 'cromulent' originated as a joke on The Simpsons, it's a perfectly cromulent candidate for future entry in the dictionary.

The word cromulent ended up in the script courtesy of a showrunner’s challenge to the writers. According to the DVD commentary for The Simpsons, the showrunners asked the writers to come up with two nonce words that sounded like words that could be in actual use. Writer David X. Cohen came up with cromulent as one of those words. It means "acceptable" or "fine."

The joke was so sly and subtle that as "It's a perfectly cromulent word" was repeated, it wasn't necessarily clear to the hearer that it was a joke. In the years following the episode's debut, cromulent showed up in campus op-eds ("The words were struck down as 'too hard,' although both are perfectly cromulent." Patrick Friel, University Wire, 10 Feb. 1999), reviews of movies ("This film enraged sci-fi geeks because it has almost nothing to do with the Asimov book it stole its title from. But this I, Robot is a perfectly cromulent bastardization..." John Scalzi, PlayStation Magazine, 1 Jan. 2005), and even in the name of a theater company. Cromulent has crept so deep into the language that it has even shown up as a hypothetical example in a Supreme Court amicus brief.

While we don’t yet enter cromulent into our dictionaries, it’s a perfectly cromulent candidate for future entry.