A linking verb—also called a copula—is a verb that joins a subject with a predicate that often ascribes a quality to that subject. Linking verbs are usually distinguished from action verbs, which indicate an action performed by the subject (Bob eats, Sarah sleeps, Tony greeted Mary). 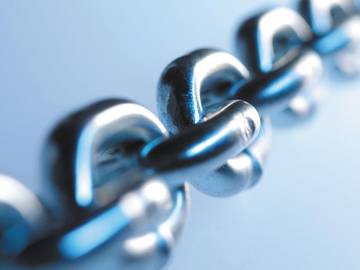 "My brother is an annoying, charitable architect."

By far the most common linking verb is be, as demonstrated in the above examples. But there are other verbs that also serve as linking verbs in that they join a subject with a complement that assigns an attribute to the subject, rather than state what the subject does.

There are also linking verbs that connote an impression, such as prove, appear, and seem:

And there are linking verbs that are tied to the five senses:

Many of these verbs have alternate senses that suggest an action: I turned the handle, I felt the heater. Additionally, some verbs don’t jump out as obvious linking verbs. For example, a word like go, which has many senses as an action verb, functions as a linking verb connoting transition in a phrase like “the crowd went wild," since wild describes the condition of the crowd.

One clue to the function of go here is the fact that an adjective follows it rather than an adverb, as it might if go were functioning in the intransitive sense of “proceed” (“the crowd went quickly to the exits”).

Speaking of exits, however, we will do that now before anyone here grows weary.