The big Webster’s Unabridged dictionary traces its history back to Noah Webster’s two-volume magnum opus of 1828, which he called An American Dictionary of the English Language. Following Webster's death, the G. & C. Merriam printing company reset the book as a single volume with smaller print in 1847, establishing the tradition of a big book that kept getting bigger through the years. The 1934 edition, often called Webster’s Second (an abbreviation of its official title, Webster’s New International Dictionary, Second Edition), was not only larger than all previous editions, it was perhaps the largest mass-produced book in American publishing history, with more than 3300 pages and weighing 18 pounds. 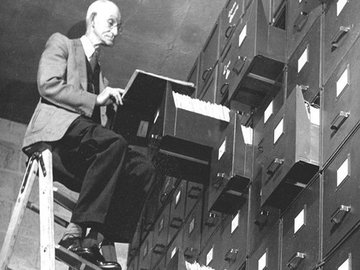 "If Noah Webster had been alive to undertake the task, it would have required twelve generations of him to finish the work."

When preparing for the book’s launch, the company’s president, Asa Baker, wrote this letter to the General Editor of the Webster’s Second, Thomas Knott. The letter reveals an astonishing statistic, that, as Mr. Baker notes, in the parlance of the 1930s, is "good dope." 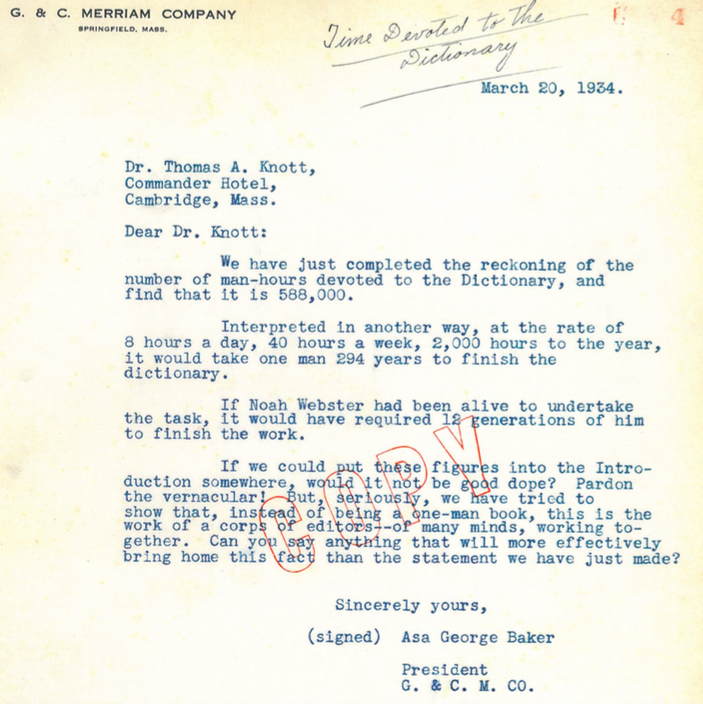