We Know You're Concerned about 'Important' and 'Importantly'

A hubbub erupted in the late 20th century about the word importantly. It was inspired by such examples as this one:

We can hear Dylan's beefy piano, his contemplation of the necessity of seclusion …, but most importantly we can feel his invigorating involvement with music again.
— Ellen Sander, The Saturday Review, 26 Dec. 1970 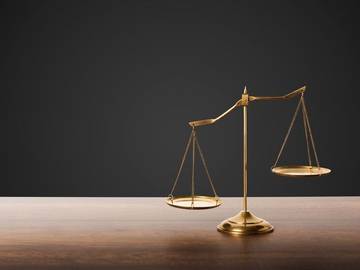 People who fancied themselves experts on English at the time (undistracted, we assume, by the image of Bob Dylan with a beefy piano) bemoaned such appearances of the adverb importantly where they believed the adjective important belonged. They felt better when they encountered sentences like this one:

The objection to sentences of the first type tended to be grammatical: importantly is an adverb, which means it's best suited for modifying verbs; what verb is it modifying in "we can feel his invigorating involvement with music"? Certainly not feel. More importantly, the bemoaners asserted, modifies nothing in the sentence. But what of sentences of the second type? Important is an adjective; was it modifying a noun, as adjectives are wont to do? No, more important in the same context as more importantly has the same problem as the adverb. Unless, of course, it doesn't. And so more important, it was helpfully postulated, was actually part of the longer phrase "what is more important," with an imagined ellipsis sweeping the "what is" away in the final version. The postulation is not absurd: such things do happen in grammar, and evidence for "what/which is more important" predates the sleeker version:

North Carolina is believed to be the only state where paper of the local banks is irredeemable in specie, and consequently depreciated. Even there, the depreciation is only one or two per cent., and what is more important, the paper of the Bank of the United States can be obtained by all those who desire it, and have an equivalent to give for it.
— George McDuffie, Committee of Ways and Means Report to the U.S. House of Representatives, 13 Apr. 1830

But the linguists behind the seminal A Comprehensive Grammar of the English Language (Quirk et al.) aren't buying. They describe the grammar of this use of important as a "supplementive adjective clause" in no need of introductory assistance, visible or elided, and point out that a corresponding adverb can replace the adjective with little or no change in meaning. Discussion in the Oxford English Dictionary further simplifies the grammar by asserting that more important is "a kind of sentence adjective," and that more importantly is "a kind of sentence adverb." Readers of our little primer on adverbs know about sentence adverbs: they modify the meaning of an entire statement, rather than a single word or phrase, and typically express an attitude of the writer or speaker. Sentence adjectives, which are significantly less common, do the same thing.

Both more important and more importantly (as well as variations employing modifiers like most and least) are perfectly grammatical in sentences like "Most important/importantly, it's logical." (Since we're getting all grammatical, we will note that important actually requires the comparative word. The sentence "Importantly, the evidence refutes the claim" is perfectly good English, while "Important, the evidence refutes the claim" is not.)

Grammar aside, the fact that there was a hubbub—and one with repercussions still resounding—is understandable. The language was changing, and, well, change is hard.

People had been seeing the sentence adjective important in use since the late 19th century. The earliest evidence we know of is the OED's 1894 example from the magazine Popular Science:

The loss … of efficiency in the transformers, and, even more important, the great cost of that part of the equipment, would both be avoided.

What would have surprised those 20th century bemoaners is the fact that the sentence adverb importantly is likely older. The OED includes an example from an 1841 issue of the Scottish Christian Herald:

She had been brought up partly by religious parents, but more importantly as it affected her ideas and manners, in the house of a very worthy gentlewoman.

But our research suggests that the sentence adverb importantly was quite rare in published text until well into the second half of the 20th century when examples like these became more common:

But more importantly, "adolescent literature" is not the old gum-chewing-of-the-mind books. It has a social, psychological and moral seriousness.
— Frank Ross, Media & Methods, January 1969

More importantly, I began to know Blackburn, the great-hearted, humane, tragicomical sufferer who dwelt behind the hulking and lugubrious facade.
— William Styron, This Quiet Dust: And Other Writings, 1953

What we see today, well into the 21st century, is that the sentence adverb importantly is used largely without commentary or condemnation. It in fact seems to be more common than the sentence adjective important. We don't know why this is, but wonder if perhaps the widely-held disdain for flat adverbs has anything to do with it. When people are insisting that one drive safely (rather than "safe") one might choose options that preserve an -ly when a choice is to be had. More importantly, importantly might just sound better to a person.

The upshot of all this is the following: when wanting to comment on the degree of importance of the content of a statement, you may safely choose important or importantly. Where decades ago your audience might have bemoaned your choosing importantly, they're just as likely today to find important the more jarring word. You should use the one you prefer.