Literally Everything You'll Ever Need To Know About Semantic Bleaching

Many people complain about the use of literally in a way that seems, well, non-literal. This is because figurative use of the word (“I literally died laughing”) seems to contradict the meaning of the Latin root of literally, littera, which means “letter.” 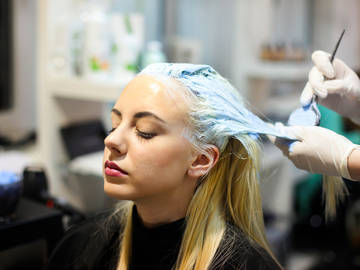 'Semantic bleaching' is the reduction of a word's intensity—as when 'very' (from the Latin 'verus', "true") is used for emphasis ("there aren't very many stock photos of semantic bleaching in action").

The problem some people have with literally is that it’s a mushy adverb: if we removed it from our example and said “I died laughing,” the sentence is understood in precisely the same (non-literal) way—as hyperbole. Adding “literally” just adds emphasis; it’s the salt in the stew because the burden of meaning is on the other words (“died laughing”). Therefore, if “literally” is added and no change in meaning is the result, then ipso facto “literally” literally carries little meaning in this particular sentence.

This reduction of a word’s intensity is called “semantic bleaching,” and it’s a linguistic phenomenon that is more common than you may realize: when you say “Have a great day!” you don’t mean “Have a day that is large in spatial dimension,” and when you say “That movie was awesome” you don’t necessarily mean “That movie was expressive of awe or terror.” Both great and awesome (and fantastic, amazing, awful, and many others) have meanings that have become less literal over time. We could say that the problem with some uses of literally isn’t that it has lost some of its meaning, it’s that other uses haven’t lost the original meaning “by the letter” or “actually.” Both exist in frequent usage today.

Like literally, very and really retain their original meanings but have added another. Very came to English from the French spoken by the Norman invaders, and the 13th-century word for “true” was verai, which compressed to vrai in modern French. The ultimate Latin root is verus, meaning “true.” We still use very to mean “truly” or “truthfully” (“that was a very brave act,” “I’m very sorry”), but it frequently conveys emphasis for which truth is neither particularly important nor in doubt (“the very last thing I packed,” “you’re very welcome,” “the food isn’t very good”). It’s an intensifier—a word that colors another but that, in this case, has little color itself.

The same is true of really: sometimes it means “in reality” (“they really are twins”) but it often confers simple emphasis (“I had a really great time”) or subjective judgment (“that’s a really good play”) that doesn’t depend on objective realness or reality. Ultimately originally meant “finally” or “at the end” (“they ultimately succeeded”) reflecting its Latin root ultimatus meaning “last” or “final,” but is now also often used to mean “eventually” (“we ultimately agreed to the deal”). Actually originally meant “in act or in fact” (“I don’t know what actually happened”) but is much weaker in meaning when it is used to emphasize that a statement is true or surprising (“we actually planned to leave early,” “the movie was actually pretty good”).

Sometimes it seems as though literally is held to an adverbial double standard that makes many people question the validity of its use as an intensifier, whereas other words with similar patterns of usage seem to pass without criticism. While it’s important to be careful about language use, it’s also important to acknowledge that language is flexible and words can have several different meanings.

Effective use of intensifiers means using them sparingly. Ultimately, it’s up to you.