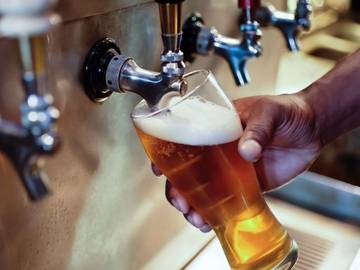 The words go back to Middle English and are related to Old English 'dragan,' meaning "to pull, draw, or drag."

In current British English, both draught and draft are frequently used, and they are used in specific senses. Draft, for one, is typically used for a preliminary sketch or outline and for its corresponding verb; it is also used for an order for the payment of money from a person or bank. Oddly, however, despite these uses of draft referring to acts of sketching, planning, and writing in British English, draught is preferred in contexts relating to technical drawing—or, rather, the work of a draughtsperson. British usage dictates draftsperson to be reserved for someone who draws up legal and official documents. Draught is also used in British English in reference to horses or other farm animals used in hauling and a cold current of air—American English uses draft in these senses.

The word draft (or draught) goes back to Middle English and is related to Old English dragan, meaning "to pull, draw, or drag," which is reflected in the word's semantic development relating to acts of pulling loads, drawing up plans, sketches, and money orders, and taking in beer, water, air, etc. It also sheds light on draughts as the name for the game of checkers in which pieces are "dragged" over a board. (The source of the American name of the game is the checkered pattern on the game board.)

In Middle English, draft is attested in various forms—including draht, drawt, drawght, and draught. It's from the gh spelling that we get the \f\ pronunciation (the digraph gh began being said that way in Middle English) as well as draft, which began to gain ground by the 18th century. This pronunciation also led to phonetic spelling variants of words like dafter and daufter for daughter, which might be why Shakespeare rhymed after with daughter in this couplet from The Taming of the Shrew:

So could I, faith, boy, to have the next wish after, / That Lucentio indeed had Baptista's youngest daughter.

As American English developed and became distinct from British English, use of draught lessened and draft replaced it in all its senses. A relatively recent development for draft in American English is the sports sense, referring to the system used by professional teams for the selection of new players. That sense dates to the late 1800s; the related sense referring to the selection of individuals for military service goes back to the early 1700s.

Currently, use of expressions like "fantasy draught," "team draught," and "player draught" haven't caught on, so if we were a betting dictionary (and we are), we'd bet that the sports sense will be adopted into British English as draft. Now, since you've done all this reading, time for a pint?