Among the many lexical irritations people have with English is the proliferation of redundant phrases: free gift, final result, general consensus and the like. What else, people say, is a gift if not free? What is a result if not final? A consensus, by definition, is general. Welcome to the Department of Redundancy Department. 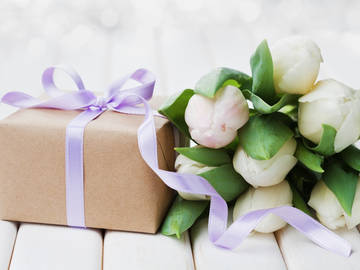 There is a fine line between useful redundancy and wordy redundancy, but much usage advice lumps them together.

There is merit in watching for redundancy in writing, of course, but not all redundancy is unnecessary or unwelcome. Many languages—including English—use redundancy to better and more clearly communicate a message:

In linguistics, [redundancy] refers to data which may be unnecessary but which may help our understanding. In a phrase such as those two dogs plurality is marked three times. Most speech contains redundancies and so we often understand utterances even if we miss part of what was said.
— Loreto Todd & Ian Hancock, International English Usage, 1986

This redundancy is something that helps a speaker or a writer get a message across even when the hearer or reader has missed part of it through inattention or distraction. This, then, is a useful redundancy.

There is, however, too much of a good thing. Most redundancy in English involves repetition of some sort; too much repetition, however, and the speed at which an idea is transmitted slows so much that the hearer walks away, the reader closes the book. This brings us to a second meaning of redundancy that Todd & Hancock mentions: the use of too many words, what we might call "wordy redundancy."

There is a fine line between useful redundancy and wordy redundancy, but much of the usage advice out there today does away with the line entirely and asks you to set fire to any and all instances of redundancy:

REDUNDANCY. Washington Irving wrote that "redundancy of language is never found with deep reflection. Verbiage may indicate observation, but not thinking. He who thinks much says but little in proportion to his thoughts." Those words are worth reflecting on.
—Bryan Garner, Garner's Modern English Usage, 2016

But alas, even usage commentators who decry redundancy violate their own thoughtful advice:

These five passages have not been picked out because they are especially bad.... I number them so that I can refer back to them.
—George Orwell, "Politics and the English Language," 1946

... are usually unnecessary padding in a sentence
—The Little, Brown Handbook 3rd ed., 1986

But the other view—urging for a lowercase word following the colon—is probably sounder: the lowercase (as in this very sentence) more closely ties the two clauses together.
—Bryan Garner, Garner's Modern English Usage, 2016

These redundancies fall into the "useful" category: they are at the very least harmless, and as some of them are fixed phrases (refer back, this very X), we are willing to let them slide. They are not actively harming anyone's understanding of the material nor unduly burdening their attention.

The notion that redundant words should be eliminated from writing goes back to the 18th century. Lindley Murray, in his 1795 English Grammar Adapted to the Different Classes of Learners, put it this way:

The first rule for promoting the strength of a sentence, is, to prune it of all redundant words and members.

That's not to say that usage mavens have always felt this way:

... the Language is thinne, flagging, poore, starv'd; scarce covering the bone, and shewes like stones in a sack. Some men to avoid Redundancy, runne into that; and while they strive to have no ill blood, or Juyce, they loose their good
— Ben Jonson, Timber: or, Discoveries, ca. 1637

And not all usage mavens today scorn redundancy—provided it is the first, more useful, kind and not the second, wordy kind. But few mavens make a distinction. The usual pronouncements about refer back, final result, collaborate together, continue on, end result, past history, general consensus, personal friend, off of, free gift, and many, many more should therefore be taken with a large grain of salt. This is not to say that you must use the redundant forms, and you should be aware that if you use free gift, the nitpickers will come out of the woodwork. But you should feel free to judge for yourself where they may be useful to communication or may simply sound better than the shorter alternatives. Remember that the sound and rhythm of a sentence are important in transmitting your message through the noise:

... inside a sentence the mere sound, the mere number of syllables used, is sometimes more important than the bare meaning of the words. In writing, as in conversation, an economical use of words is not always what we want.
—Bergan Evans & Cornelia Evans, A Dictionary of Contemporary American Usage, 1957