An Explication on the Use of 'Explicit' and 'Implicit' 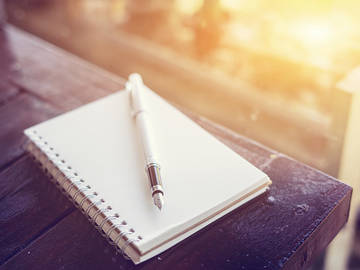 Explicit and implicit are distinct adjectives having explicitly different meanings that are occasionally confused with each other, as shown in these examples:

Truitt was sent home from the hospital on March 19 without knowing her test results. She had implicit instructions to stay at home for 14 days, regardless of the test results.
— The Valley Times-News (Lanett, Alabama), 31 Mar. 2020

I asked a few friends if they had ever watched the film, or if they had heard about the claims that the film made. Most of their immediate reactions were something along the lines of, "You're watching a vegan propaganda film and taking to heart the facts given without further research?" My response was no. First and foremost, that is an explicit assumption, and second, the reason I was even asking around was to get a broader perspective.
— Upbeat (Lamar University), 6 Dec. 2017

For founders like Neumann, the new money offered an opportunity—or an imperative—to double down on unproven and money-losing business models on the theory they would suddenly turn profitable once all competitors had been forced by their own losses to throw in the towel. "The explicit assumption is if you get enough growth, it doesn't matter how much you lose," [Roger] McNamee says. "That clearly was the way both WeWork and Uber have been run."
— The Los Angeles Times, 25 Sept. 2019

To be explicitly clear, explicit and implicit are different words and, in some contexts, they are truly true antonyms. Explicit denotes being very clear and complete without vagueness, implication, or ambiguity. When something is said to be explicit, there is no question as to what is being expressed or conveyed—nothing is implied or assumed.

The students were given explicit instructions on how to record their test answers.

Changes to the property cannot be done without the landlord's explicit consent.

The law is very explicit about how these measures should be enacted.

Implicit, on the other hand, denotes that something is understood although not clearly or directly expressed or conveyed—there is implication, assumption, or question. It often precedes a preposition, usually in and less frequently from, with, or within.

The genre of the restaurant cookbook is both large and varied, but the common denominator that underlies the majority of its titles is the implicit promise that you, too, can reproduce a chef's work in the confines of your home kitchen. Most of the time, this promise is patently false. But there are a number of notable exceptions, signature dishes that really can be made by home cooks with a command of basic kitchen techniques, as well as access to both adequate time and fairly common pantry staples.
— Rebecca Flint Marx, Eater, 18 June 2020

An idea that's implicit in “Taste the Nation” is that the more we know about the cultural history of our food, the more that leads to cultural openness.
— Padma Lakshmi, quoted in The New York Times, 3 Aug. 2020

Implicit within the call for compassion is the need for collaboration—the recognition that the problems we face are too big to be solved alone.
— Anne Kingston, Maclean's, 19 June 2019

Other Meanings of 'Explicit' and 'Implicit'

Explicit and implicit also have distinct meanings unconnected to their antonymy. Explicit is used to describe such things as writing, lyrics, photography, or film that express or depict openly offensive or vulgar nudity, violence, or sexuality, or it can indicate an act or behavior that is queasily graphic or leaves nothing to implication or the imagination (e.g., "scenes of explicit violence and drug use"). Another sense of implicit is "not affected by doubt," a meaning shared by words like absolute and complete, as in "implicit confidence," and, in a sense, explicit (which connotes clarity and openness).

Basketball officiating requires an explicit trust that the men or women in the striped shirts will make the right call every time.
— Anthony Salamone, The Express-Times (Easton, Pennsylvania), 3 Jan. 2019

"There is an implicit trust that each of my teammates share as we navigate a season during this pandemic, and I broke that trust. In Chicago, I made the mistake of violating the protocols but the biggest mistake of all was not immediately coming clean to my teammates. I owe them better. I now realize that by even exposing myself to just one person more than necessary, I am putting myself, my teammates, the guys I compete against, the umpires, the staff, the Indians organization as well as the Game that I love at risk."
— Mike Clevinger, quoted in Sports Illustrated, 11 Aug. 2020

Implicit can also describe something that is inherent or inextricably connected with another but not immediately manifest—for example, bugs are "implicit" in new computer applications.

The implicit source of confusion with explicit and implicit is their shared Latin root, plicare, meaning "to fold," which gives them the same anglicized ending "-plicit." But one simply needs to look to their beginnings, their prefixes—respectively, ex-, meaning "out," and im-, "in, within"—to decipher their distinct meanings. Explicit can be interpreted as "to unfold" or "to lay out" (in other words, "to explain") and implicit can be translated as "to fold in," implying covering or containing (meaning) within.